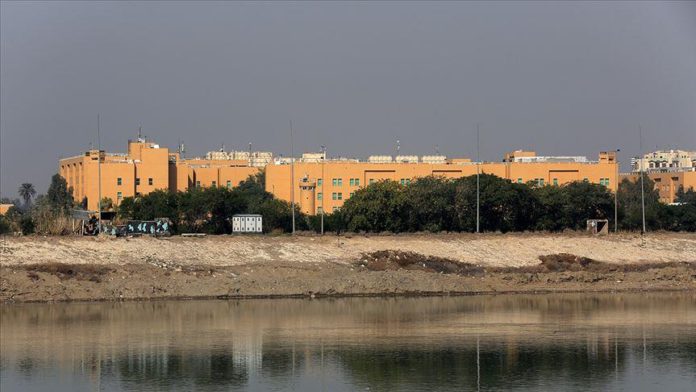 Iraq’s Kataib Hezbollah militia pledged not to attack the US Embassy in Iraq on Sunday, on the first anniversary of the killing of top Iranian general Qasem Soleimani in a US drone airstrike.

“We will neither enter the embassy of evil (the US Embassy) nor overthrow this government… there is still time,” the group’s secretary-general, Abu Hussein al-Hamidawi, said in a statement.

The pledge by the pro-Iran group comes amid heightened tensions between Tehran and Washington on the first anniversary of Soleimani’s assassination. The US has vowed to retaliate any attack by pro-Iran groups on US forces or interests in Iraq.

Soleimani, along with Abu Mahdi al-Muhandis, the leader of Hashd al-Shaabi militia, was killed in a US airstrike outside the Baghdad airport in Iraq last year.

Meanwhile, former Iraqi Prime Minister Haider al-Abadi warned against the consequences of escalation in the region.

“Today marks the 1st anniversary of the bloody airport incident, in which leaders who fought with us to defeat Daesh/ISIS were martyred, Iraq’s sovereignty was violated and its security was breached,” al-Abadi said on Twitter.

“The escalation that we have always warned of would drive Iraq and the region into a devastating conflict, which can be overcome by adhering to wisdom, protecting the country’s sovereignty and interests, as well as adhering to state frameworks.”

Cuba evacuates over 2,000 citizens amid coronavirus