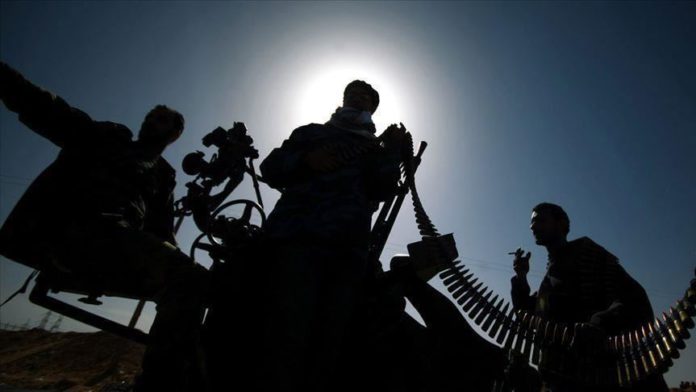 “The terrorist al-Karama gangs and the Russian Wagner group affiliated with them attempted to target our valiant forces with more than 12 Grad missiles,” the government said in a statement on Facebook.

It said this was “a clear breach of the cease-fire agreement that was announced last Friday,” stressing that “the operation of Sirte and Jufra will not hesitate to respond to these actions, as approved by the field operations.”

Earlier on Thursday, the Libyan government warned Haftar against continuing attacks and crimes in the cities of Sirte in the north of the country and Taraghin in its central region.

On Aug. 21, the Presidential Council of the internationally-recognized Libyan government and the Tobruk-based House of Representatives, which supports warlord Haftar, agreed to an immediate cease-fire. Their two statements met on common points, most notably the truce and holding of presidential and parliamentary elections.

The agreement was widely welcomed by the international community and particularly Arab countries, while Haftar’s militia rejected it.

Al-Sarraj declared his readiness to implement any agreement that meets the acceptance and consensus of all Libyan actors and called on Libyan protesters not to be dragged into the calls for sabotage over the deterioration of living conditions, saying: “I have ordered all state agencies to protect the peaceful demonstrators.”

He warned that gunmen were infiltrating the peaceful protests to carry out acts of sabotage and riots in order to bring down the prestige of the Libyan state.

Al-Sarraj also thanked Turkey, saying that it “stood with the Libyans at a time when many abandoned us.”