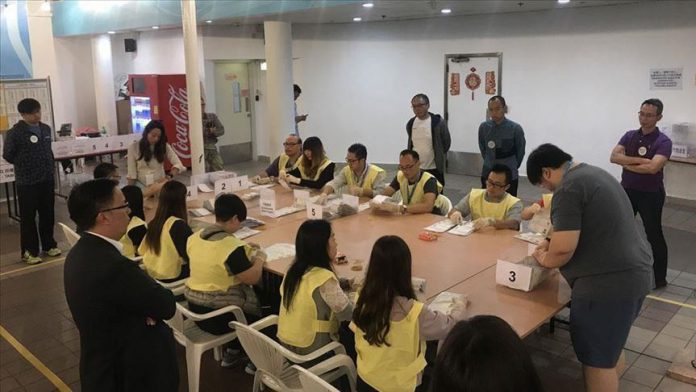 Initial results suggested that by 7 a.m. local time, pro-Beijing candidates had only won 42 seats while pro-democracy candidates won 278, according to The South China Morning Post.

A total of 1,104 candidates are competing for 452 municipal council seats in 18 election districts.