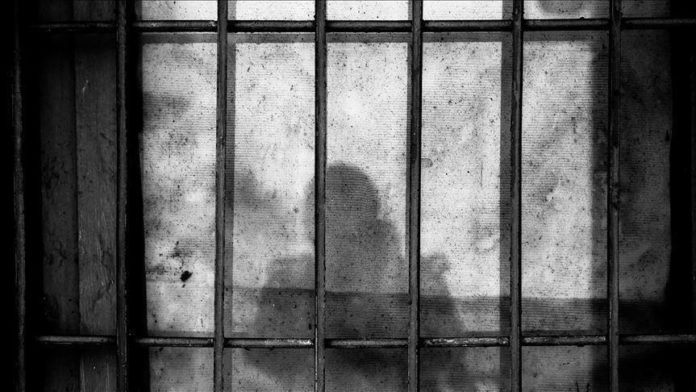 Haitham al-Shehab, 30, a journalist who spent nearly 2,000 days in a Yemeni prison controlled by Houthi rebels, said he was frequently subjected to “beating with batons, showers with cold water, and electric shocks.”

Speaking to Anadolu Agency on the International Day in Support of Victims of Torture, which is observed on Saturday, al-Shehab said that in addition to the daily dose of torture, he was also threatened to be held in a weapon dump, which was targeted frequently by Saudi-led coalition fighter planes.

“I was tortured, wherein my hands were tied behind my back and suspended by a rope attached to my wrists. My hands felt as if they were almost separated, they got swollen and very painful,” he said.

Abducted by Houthi rebels in June 2015, Shehab was among the other four journalists released under a prisoner exchange agreement in October 2020. The deal brokered by the UN between the Houthis and the internationally recognized government of President Abdrabbuh Mansur Hadi allowed the release of over 1000 prisoners.

Long periods of physical torture are aimed to destroys the prisoner’s psychology and often result in death or malfunctioning of vital organs.

Narrating harrowing details of the Houthi-run prison, Shebab said that he was soon diagnosed with diabetes, urinary tract infections (UTIs), and joint inflammation inside the prison.

“Some prisoners were tortured to the point that they had to cut off one of their legs. Sick prisoners were intentionally subjected to wrong surgeries so the people in charge of the prisons kept performing the operations again and again,” he said.

Since the beginning of the Yemeni multi-sided civil war in late 2014, the Houthis have targeted journalists.

Quoting Abdul-Malik al-Houthi, the current leader of the Houthi movement, Shehab said he once described journalists as “more dangerous than those fighting on the front lines.”

Upon his release, al-Shehab went to Egypt for medical treatment and recovery.

“For several times, I was hung to the ceiling of my cell. I was beaten with cables, and they used to burn a plastic water bottle and let its sizzling drops drip on my body,” said another Yemeni victim of torture, who preferred to stay anonymous for the safety of his family, who is residing in Aden, southern Yemen.

He was arrested in October 2016 by the UAE-backed Southern Transitional Council (STC) and imprisoned in five prisons, including a prison located inside the house of a military commander in Aden, and the notorious Beir Ahmed prison. He was released in July 2018.

Beir Ahmed is an informal prison located in a military camp built and controlled by the UAE-backed STC forces since July 2015. According to local and international reports, prisoners at Beir Ahmed have been subjected to torture and sexual abuse.

“After 21 months in prison, I was acquitted and released, but I had to leave Yemen after I saw some released prisoners were arrested again without any charges,” he added.

The scars on his body and unstable psychological health tell the story and experience he went through in the prison.

“I intend to take legal measures against those who tortured me, and I am currently in Istanbul to meet with an international law firm, where I am going to make my statement next week,” he said.

Sonia al-Ghobash, 31, divorced, was detained and tortured because she had taken to the social media platforms to criticize the non-payment of salaries by the authorities in the Houthi-controlled areas.

“After my detention in March 2019, I was subjected to all forms of physical and psychological violence, such as electric shocks, kicking and slapping, flaying my skin and sticking nails in my belly and back, and forcefully removing the nails of my right foot,” she said.

Ghobash was charged with domestic terrorism, treason, and communicating with foreign parties.

Although she was released in January 2020, as a result of the mediation of senior tribal leaders, she is still suffering from the physical and psychological consequences of torture during her nine months of imprisonment.

“Many times, I cry involuntarily and constantly get nightmares in a form of prison with ruthless guards. I am suffering from swelling feet, and a sharp rise of hormones,” she added.

Ghobash lives currently in Egypt highlighting the injustice and torture against women in Houthi prisons.

The International Day in Support of Victims of Torture is observed annually on June 26 to speak out against the crime of torture and to honor and support victims and survivors throughout the world.

The SAM Organization for Rights and Liberties has documented 3,000 cases of torture in Yemen between September 2014 and December 2019. The report has blamed that besides Houthi rebels in the north, others like UAE-backed STC forces in the south, Saudi-backed legitimate government in many other areas, and small armed groups have resorted to the practice of torture.