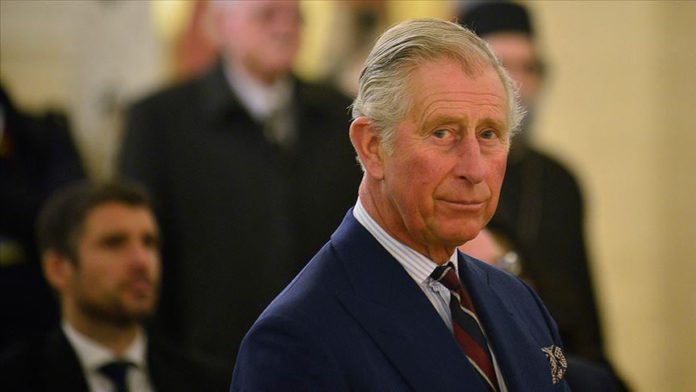 In an exclusive interview, Charles, Prince of Wales, said on Thursday that the world could face more pandemics if humans did not fix their relationship with the planet.

“The more we erode the natural world, the more we destroy what’s called biodiversity,” the heir to the British throne told Sky News, adding: “The more we expose ourselves to this kind of danger.”

He cited past epidemics including SARS and Ebola, adding that such disasters were “related to the loss of biodiversity.”

“No self-respecting doctor would ever have let the situation, if the planet is a patient, reach this stage before making an intervention,” he said. “I think we’re slightly paying the price as a result.”

Prince Charles contracted coronavirus himself, and said he was “lucky” and had “got away with it quite lightly.”

“It makes me even more determined to push and shout and prod if you see what I mean. Whatever I can do behind the scenes sometimes,” he said. “But I’ve had it, and I can so understand what other people have gone through.”

He added that to prevent others from suffering from such disasters, he sought to promote an “understanding what we have to do in relationship to the natural world.”

In January, Prince Charles launched the Sustainable Markets Council at the World Economic Forum. The project aims to show that economic development and environmental protection can complement each other.

As part of this project, he launched The Great Reset initiative this week, which calls on governments around the world to put sustainability at the heart of their economic recovery programs.

“I haven’t exactly been wasting my time during this lockdown if you know what I mean,” he said. “I have been in communication with a lot of people around the world on the issues. For instance, I’ve been speaking to leaders in the Caribbean which is chiefly commonwealth countries and they are facing immense challenges.”

“It’s only catastrophes which concentrate the mind, which means, that for once, there might be some real impetus to tackle all these things that have been pushed to one side,” he said.

‘Our future shouldn’t cost the earth’

Prince Charles’ comments came on the heels of environmental groups pressuring the UK government to link its post-coronavirus economic recovery with environmental protection.

On Wednesday, Greenpeace published a manifesto for a green recovery, in which it called for investing in clean transport and energy, improving the energy efficiency of buildings, decreasing waste, increasing recycling and protecting the natural environment.

Executive Director of Greenpeace UK John Sauven was quoted by the Guardian as saying: “For all of the suffering and sacrifice people have endured during this health crisis, it has provided us with a once in a lifetime opportunity to transform the way we live, travel and work — tackling the health, climate and nature crises all at the same time. The choices our government makes now will define the shape of our society and economy for the next decade, and whether or not we succeed in the fight against the climate emergency. If we fail to get this right, we may never get another chance.”

The World Wildlife Fund (WWF) published its own reported titled Keeping us Competitive.

Isabella O’Dowd, a climate change specialist at WWF, said: “Our future shouldn’t cost the earth, and it doesn’t have to.”

“This report proves that investing in a green recovery is the only way forward — the economic benefits will far outweigh the costs. By investing in a future where we halt our contributions to the climate crisis, the UK could support at least 210,000 green jobs across the country by 2030, and bring benefits of £90 billion ($113 billion) a year to the economy.”

Yesterday, the Times newspaper reported that Chancellor Rishi Sunak was planning a “green industrial revolution” that would create green jobs for those who lost their jobs during the pandemic.

These green jobs will be at the heart of the government’s coming economic recovery package, with the British government seeking to avert a recession and meet net-zero carbon emission targets at the same time.

The economic recovery package, due to be unveiled next month, will include skills programs helping those who lost their jobs learn necessary skills to work in green industries, such as offshore wind, carbon capture or tree-planting.

Business Secretary Alok Sharma wrote in the Independent that the world faced a choice “between laying the foundations for sound, sustainable and inclusive growth or locking in polluting emissions for decades to come.”

Next year’s COP26 Climate Summit will be held in Glasgow, Scotland, giving Britain another platform from which to advance its economic climate agenda.

“That is the remarkable thing about all this,” Prince Charles told Sky News. “It always produces the best of everybody in so many ways, and that I think is something which is so special about the reaction. But at the same time we have to make sure we try to do better in the future.”

What happened in 3 days after plane crash in Iran?