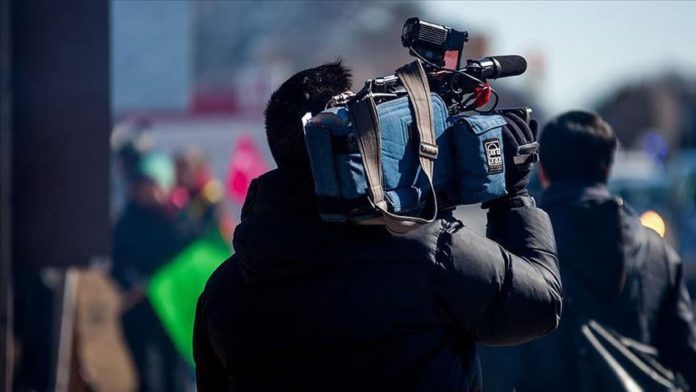 The UN and journalist bodies on Sunday urged warring parties of Afghanistan to ensure press freedom during the thorny peace process in the war-ravaged country, marking the World Press Freedom Day 2020.

Deborah Lyons, the newly appointed female head of the UN Assistance Mission in Afghanistan, stressed in a statement that the world body has a commitment to defend Afghanistan’s free press, and will support free media so all journalists — Afghan media and foreign correspondents alike — can operate without fear of being harassed, intimidated or attacked.

“The United Nations remains firm in its position that media freedom must be protected as part of any peace process. All parties in any peace negotiations must uphold all fundamental human rights, including the right to freedom of expression, which is enshrined in Article 19 of the Universal Declaration of Human Rights. Nothing should be allowed to threaten the critical advances in press freedom in Afghanistan,” she said.

Since the fall of the Taliban regime in 2001, the year 2018 was the deadliest year for Afghanistan when a total of 15 journalists and media workers were killed in a series of bombings, including nine in a single day.

According to the Reporters Without Borders, media personnel have paid a heavy price in Afghanistan since 2001. At least 70 media workers, including 16 foreign journalists, have been killed in connection with the provision of news and information while more than 40 media outlets have been attacked and destroyed during the same period, with hundreds of threats against journalists and media outlets having been reported.

As per the Afghan Journalists’ Protection Committee, besides the lingering security threats and financial constraints, the novel coronavirus has now posed risks of complete closure to a number of local media organizations.

Waheeda Faizi, an office bearer of the AJPC, told Anadolu Agency female journalists are particularly harmed by the circumstances.

“At least 20 percent of female journalists have already lost their jobs,” she said.

As per official figures, some 1,700 private TV, radio, print and online mediums are operating in Afghanistan while as nearly two decades ago only a handful of media organizations were serving in the country.