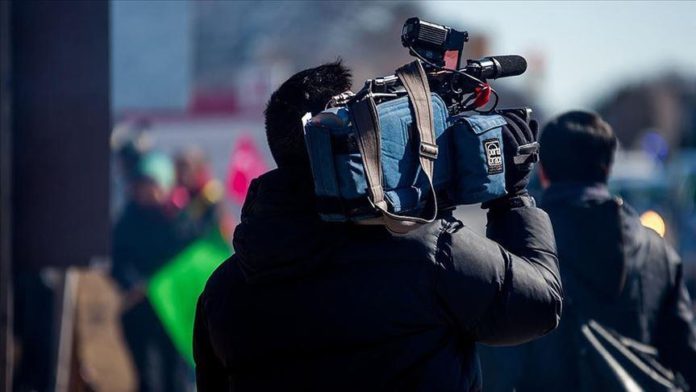 A group of press freedom organizations wrote a letter Tuesday to King Mswati III of Eswatini, urging him to guarantee the safety and security of journalists and media workers.

More than 20 groups expressed profound concerns to the king following an increase in cases of media freedom violations in Eswatini during recent pro-democracy protests in Africa’s last absolute monarchy.

“We are deeply worried by the turn of events in Eswatini and call upon the authorities to do everything possible to ensure that media workers are protected and are not subject to wanton attacks by security forces,” they said in the letter.

It said that since late June, security forces have been firing tear gas at reporters and partially shut down the internet amid protests.

“We appeal to your Majesty to halt these media violations in Eswatini. In the past week alone, two reporters were shot at by the police in Eswatini, with one of them sustaining serious injuries. This is grossly unacceptable and goes against the values that the Kingdom claims to uphold,” according to the letter.

Youths and activists have been protesting for more than a week in the tiny southern African kingdom led by Mswati, demanding the lifting of a ban on political parties and other rights such as freedom of expression.

They have called for political reforms to end Mswati’s rule, claiming that the current royal political systems have failed to meet their needs and only enrich the king and his family.

The 53-year-old king ascended the throne 35 years ago. He is accused of leading a lavish lifestyle and treating opponents harshly.

Protestors have looted and destroyed several businesses, while security forces have been accused of using excessive force to quell protestors, which injuring many.

There have also been unconfirmed reports of deaths but authorities deny anyone was killed during protests.