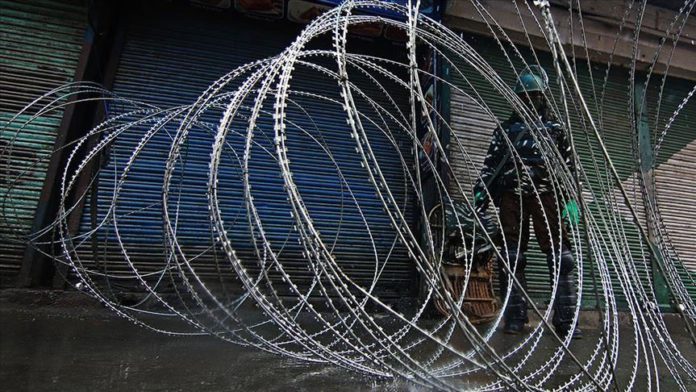 An aspiring journalist in Indian-administered Kashmir grew dejected after reading the news about Masrat Zahra, a photojournalist swept up in a draconian law over her Facebook posts.

Zahra was booked April 18 under the Unlawful Activities Act (UAPA), a move shaking the region’s journalistic fraternity and the small number of female journalists and students.

Ifrah Shafi’s passion for writing drove her to journalism, and she is bewildered by such action against journalists and against the photographer.

“Since the day I read the news about it, I am in depression. I don’t know what to do. I am not able to figure out whether to take the journalism course further or to leave it,” said Ifrah.

The same anxiety was expressed by the region’s female journalists who said they are not able to work freely.

She said for a female journalist it has become more difficult to cope with situations when there are pressures from every side.

“What can you do in this scenario, when you are booked for your work and you find you have no say at all?” Nabi said.

After Masrat was charged, Nabi dropped the idea of doing stories related to conflict.

“I automatically started filtering which story I should do and which I should not. The impact of the Masrat news was such that I stopped one of my editors from publishing a story,” she said.

Masrat was not the only reporter charged for social media posts. Senior journalist and writer Gowhar Geelani was charged under the same act and for the same reason.

Peerzada Ashiq was questioned over his story police claimed was “fake.”

Sword over my head

For one week Zahra is trying to get back to work but is unable to escape the bad thoughts which pop into her mind since she was charged.

She told Anadolu Agency she feels it is a sword hanging above her head because there was only verbal assurance of her getting arrested from the police but the case still exists.

“I am mentally drained. Whenever, I try to move out for work, I feel like a cop is following and he might arrest me at any point in time- bringing lot more anxiety,” said Zahra. “Today I feel threatened for my life and this threat has come in view of my journalistic work.”

A recent Reporters Without Borders report said India has dropped two spots to 142 in the World Press Freedom Index, citing Narendra Modi government’s “tightening” grip on the media and pressuring it to “toe the Hindu nationalist government’s line.”

It said India’s rank is heavily affected by the situation in Kashmir, where it has become “virtually impossible” for journalists to work.

Mohammad Mouzam, vice president of the Kashmir Press Club, an elected body of the journalists in the region, told Anadolu Agency constant intimidation and harassment of journalists has long occurred but it has become a “routine affair” since the Indian government downgraded the semi-autonomous status of the region

Since Aug. 5 last year, when a lockdown by Indian officials began, “journalists have faced all sorts of trouble. From police beatings to pressuring to reveal their sources – it has come a long way.

“And now the situation has arisen where journalists are being charged under draconian laws which is unfortunate and scary,” he said,

International media watchdogs have condemned police action against journalists in the region and have demanded immediate withdrawal of charges while demanding the government stop attacking press freedom.