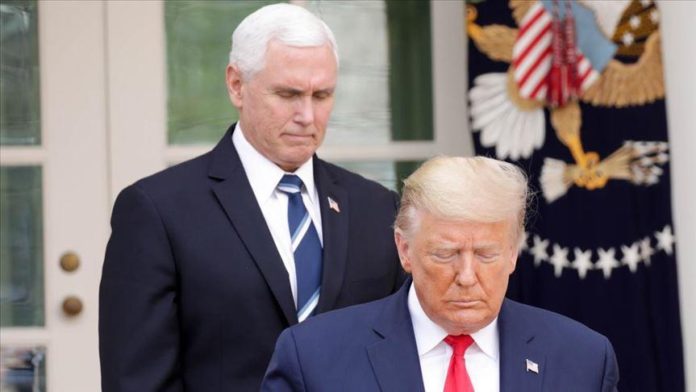 Former US Vice President Mike Pence called out Donald Trump of Friday for claims that Pence had the power to change the results of the 2020 Presidential election.

Pence was responding to a statement Trump released Sunday regarding the bipartisan efforts to reform the electoral count law.

Trump falsely claimed that Pence had the means to change the results of the presidential election.

“Actually, what they are saying is that Mike Pence did have the right to change the outcome, and they now want to take that right away,” said Trump. “Unfortunately, he didn’t exercise that power, he could have overturned the Election!”

Pence vehemently denied those false claims and did not mince words.

“Frankly, there is no idea more un-American than the notion that any one person could choose the American president,” he said.

In the hours leading up to the deadly Capitol riots on Jan. 6, 2021, Trump attempted to expand Pence’s role as vice president to discard millions of votes the morning of the congressional counting.

Trump even tweeted that Pence needed to show “extreme courage” on that fateful day.

But Pence rebuffed any pressure to change the vote and stuck to his ceremonial role of certifying the election for Joe Biden, infuriating his former boss.

Trump’s own hand-picked Attorney General William Barr said the Justice Department revealed no evidence of voter fraud that could overturn the election and hand the presidency to Trump.

Pence reiterated that notion Friday, continuing to push back on Trump’s false claims while emphasizing fairness on both sides of the political aisle.

“But there are those in our party who believe that as the presiding officer of the Joint Session of Congress, that I possess unilateral authority to reject electoral college votes,” he said, adding. “I had no right to change the outcome of our election, and Kamala Harris will have no right to overturn the election when we beat them in 2024.”