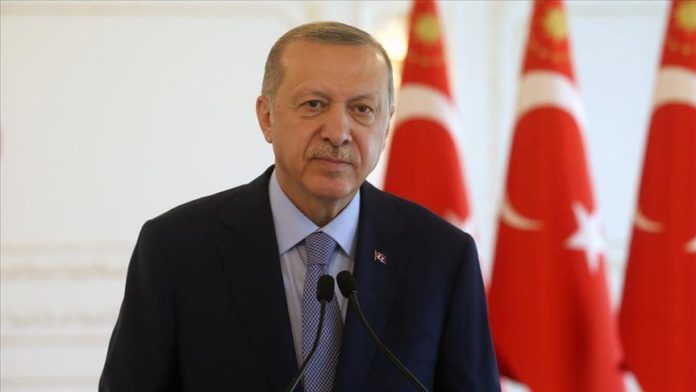 Turkey’s president on Saturday inaugurated a dam in the east of the country.

Attending the inaugural ceremony in Kars province via video-conference from his office at the Vahdettin Pavilion, Recep Tayyip Erdogan said Turkey had added 585 dams to the existing 299 built in the last 18 years under his ruling Justice and Development (AK) Party.

“When we came to power, there were 276 dams in our country. Today, we are bringing the 585th dam in the last 18 years to our country,” Erdogan said.

During his speech, Erdogan underlined that since the beginning of the novel coronavirus outbreak, Turkey had made progress in terms of its democracy and economy.

“We’ve faced the pandemic, in which even developed countries have been left helpless, both with our health infrastructure, our food and cleaning supply chain and exemplary management in terms of public safety,” Erdogan added.

“Recovery signals are quite strong in the economy.”

Erdogan predicted that in the second half of the year, Turkey would see a “tremendous momentum in the economy.”

Since emerging in China last December, COVID-19 has claimed more than 460,500 lives in at least 188 countries and regions.

Of the over 8.68 million cases reported worldwide so far, almost 4.27 million people have recovered, according to figures compiled by the US’ Johns Hopkins University.