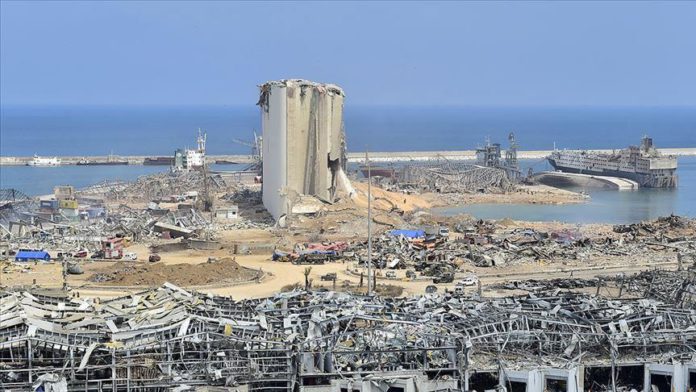 Lebanese presidency said Wednesday it warned the Supreme Defense Council about the presence of tons of ammonium nitrate in the Port of Beirut two weeks before a deadly massive explosion.

The presidency said in a written statement that President Michel Aoun was informed by the General Directorate of State Security about a report disclosing “The presence of a large amount of ammonium nitrate in one of the wards of the Beirut Port.”

“When the aforementioned report reached the President, the President’s Security and Military Adviser informed the Secretary-General of the Supreme Defense Council, in the Presidency of the Council of Ministers, about this report to take necessary actions,” it said.

It also underlined the presidency’s willingness to conduct an investigation to the “full extent” to unravel the full truth about the accident and bring those responsible to justice.

The powerful explosion shook the Lebanese capital and its environs after 2,750 tons of ammonium nitrate stored in a warehouse caught fire.

The shockwave flattened nearby buildings and caused extensive material damage in Beirut, leaving hundreds of thousands of residents homeless.

It came when Lebanon was dealing with a severe financial crisis, along with the coronavirus pandemic.