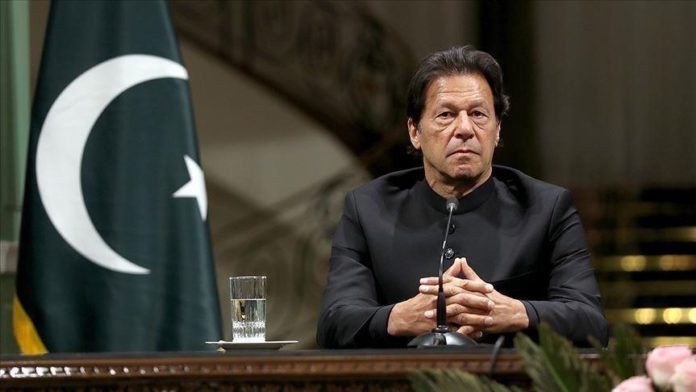 Pakistan’s prime minister Friday vehemently opposed a blame-game on the evolving situation in Afghanistan, saying his country would be the most affected if situation turns worse in the war-torn country.

“President Ghani, let me just say that the country that is going to be most affected by turmoil in Afghanistan is Pakistan,” Khan responded to Ghani while addressing the international conference on “Central and South Asia Regional Connectivity: Challenges and Opportunities” in Uzbekistan.

“I can assure you that no country has tried harder to get the Taliban on the dialogue table than Pakistan. We have made every effort, short of taking a military action against the Taliban in Pakistan,” Pakistani premier said, adding: “To blame Pakistan for what is going on in Afghanistan is extremely unfair.”

Earlier speaking during the conference, President Ghani blamed Pakistan for playing a “negative role” in the Afghanistan conflict.

Referring to his last year’s visit to Kabul, Khan said: “I came to Kabul. Why would I come to Kabul if I was not interested and the whole idea was that you should have looked upon Pakistan as a partner in peace.”

Khan said when over 150,000 US and NATO troops were in Afghanistan that was the right time to ask the Taliban to come to the table.

“When the exit date was given, and the only few thousand American troops left, why would they listen to us, when they [Taliban] are sensing victory,” Khan said, while the US top peace envoy, Zalmay Khalilzad, was listening to him.

“I feel really disappointed that we have been blamed for what is going on in Afghanistan. What is happening in Afghanistan is over two decades of conflict, deep divisions.”

Khan said all the neighbors want lasting peace in Afghanistan.

“There are already three million refugees in Pakistan. We are petrified that there’ll be another flow of refugees coming in. We do not have the capacity or the economic strength to bear another inflow of refugees. So, I can assure you, again. If any country is trying its best out of all the other countries in the world, it’s Pakistan today,” Khan added.