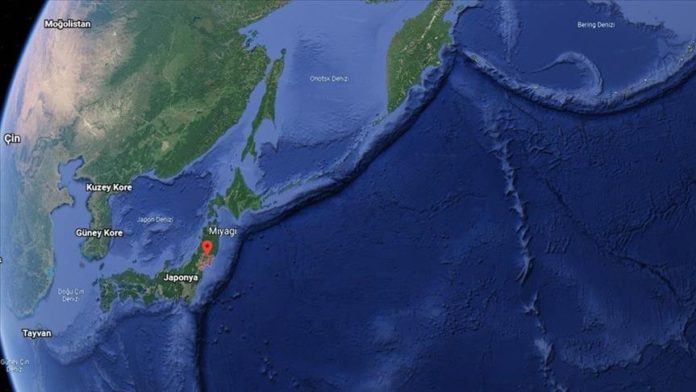 A strong earthquake rocked northeastern Japan on Saturday, according to the country’s meteorological agency.

No casualties were reported in the earthquake, which was also felt in the capital Tokyo, Iwate, Akita, Gunma, Fukushima, Saitama, and Aomori.

The agency initially warned that a tsunami of up to one meter could hit the region but retracted the advisory by 7:30 p.m., Kyodo News reported.

There might be some changes in tidal levels, but there is no concern for damage from tsunami, the agency said.

The tremor’s magnitude and depth were revised downward from the initial figures of 7.2 and 60 kilometers, respectively, according to Kyodo News.

The quake’s epicenter was about 20 kilometers (12 miles) off the Ojika Peninsula in Miyagi, close to that of the 7.3 magnitude that struck the Miyagi and Fukushima prefectures in mid-February, injuring over 150 people, read the report.

No abnormalities were found at nuclear plants in eastern and northeastern Japan, according to their operators, Kyodo News reported.

Representatives of 5 countries walk away APEC meeting to protest Russia