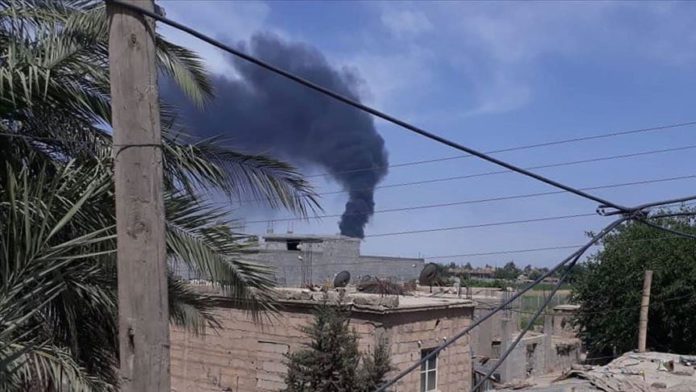 A big explosion rocked Lebanon’s southern province of Nabatieh on Tuesday, according to the official National News Agency (NNA).

A fire broke out after the blast that occurred in the town of Ain Qana while the cause of the explosion remains unclear.

Firefighters and security forces were dispatched to the scene.

According to the Lebanese MTV channel, the explosion took place at a Hezbollah’s arms depot in the area.