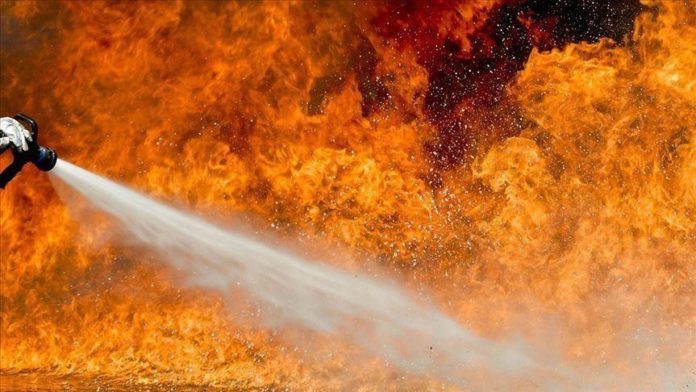 A fire at a main power station left several parts of Zimbabwe without electricity on Wednesday night.

Firefighters managed to douse the blaze at Hwange Power Station within 45 minutes but the incident slashed power generation by almost half, Sydney Gata, the head of the Zimbabwe Electricity Supply Authority (ZESA), said in a statement.

There were no casualties caused by the fire, which broke out in a boiler due to “a leak in the diesel supply line and lasted for about 40 minutes,” he said.

Electricity output fell from 340 megawatts to 140 megawatts, according to Gata.

He said efforts were underway to restart two units of the power station and restore regular supply to the national grid by the end of Thursday.

Zimbabwe has struggled with power generation for years and imports electricity from neighboring South Africa and Mozambique.

It relies on the Kariba hydropower station for a major portion of its electricity supply, where dwindling water levels due to incessant droughts have severely hampered power output.