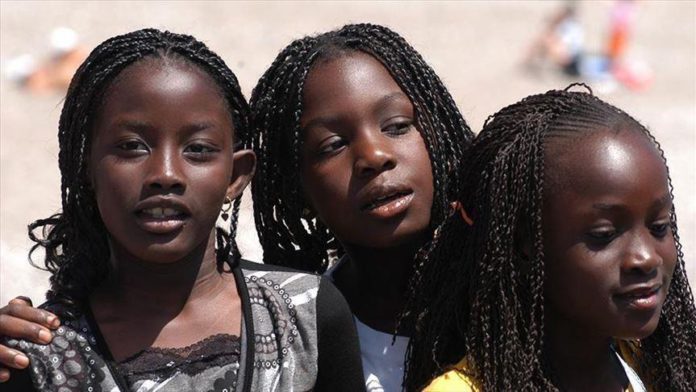 Poverty and conflict have affected education in South Sudan, with many children staying at home because their parents are not able to afford their schooling.

Rebecca Aluel, a 16-year-old primary eight student, said she has been at home as her parents are unable to pay her school fees.

She said the only option for her is to go to a government school, but sometimes there are no teachers in the school.

Aluel said the lack of money cut her studies short.

She called on the government to prioritize education by improving public schools, which charge very low fees.

Nyakuany Thon, who is in adult education, said South Sudan’s education system will not improve because they have not paid teachers for more than two months.

“As you have seen, we have been sitting here without any teacher coming. They have stopped teaching us because they have not been paid for more than two months. Now they don’t have the energy to teach us because somebody with a hungry stomach cannot teach.”

Late last month, President Salva Kiir said that civil servants, including teachers, did not get their two-month salaries because the pay sheet machine at the Labor Ministry broke down.

Thon said she has no money to go to a private school, where teachers are paid.

South Sudan is a Sub-Saharan African country with one of the world’s lowest literacy rates and approximately 2.8 million out-of-school children.

More than 70% of the country’s population above the age of 15 is illiterate and the majority of them are women.

Kuyok Abol Kuyok, South Sudan’s undersecretary of the Ministry of General Education and Instruction, said the long civil war in the country has affected the literacy.

“I want to correct something. The literacy rate in South Sudan was 27%, but now I am pleased to report that the World Bank has issued a new report on world literacy rates and the rate for South Sudan is 35%,” Kuyok told Anadolu Agency in the capital Juba ahead of World Literacy Day, which will be marked on Wednesday.

“The literacy rate is not something you can just change in one day. Look at the conflict situation in South Sudan, the 21 years of struggle with Sudan closing down many schools.”

Kuyok said that his ministry has proposed an increase in salaries of teachers in the budget and hoped that it will be approved by the parliament.

“My message to teachers is that they are our priority. We really need to improve their pay. Even if we have nice schools, without teachers, you will not have a better education,” he said.

“If we don’t increase teachers’ salaries, we will continue struggling in South Sudan. We will not have teachers,” he added.