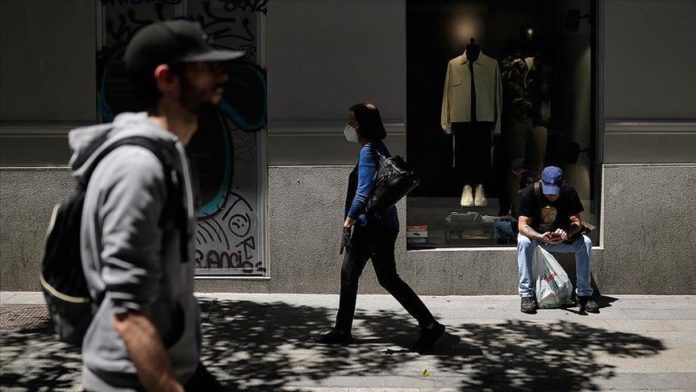 In the aftermath of the devastating first wave of COVID-19 in Spain, over half of the country’s healthcare workers are showing signs of post-traumatic stress, anxiety and depression, a new study suggests.

The first results of a survey conducted by a psychology group from the Complutense University of Madrid found that 53% of healthcare workers surveyed showed symptoms of post-traumatic stress.

On top of that, 51% of those surveyed manifested signs of depression — severe depression in 5.6% of the cases.

The study surveyed 1,243 healthcare workers, the majority of whom were based in Madrid.

At the peak of the crisis, many hospitals, especially in the Madrid region, were teetering on the brink of collapse, unable to cope with the surge of extremely sick patients.

Spain also has the highest recorded number of infected healthcare workers in the world.

Of the 231,606 coronavirus infections that have been confirmed in the country — over 51,000 have been in healthcare workers.

The university study found that 75% of respondents were “very worried” that they could infect a loved one, and 70% said their places of work were lacking individual protective equipment.

“We believe a rapid psychological intervention in this group would be helpful. If a feared second wave comes, we will find emotionally damaged professionals and a healthcare system without the capacity to respond,” wrote the study’s authors Lourdes Luceno Moreno and Jesus Martín Garcia.

While 40% of the healthcare workers surveyed said they were emotionally exhausted, the authors also reported that 81.3% said they felt very satisfied with their work.

The pandemic has claimed nearly 320,000 lives in 188 countries and regions since originating in China last December.

More than 4.82 million cases have been reported worldwide and over 1.8 million people have recovered to date, according to figures compiled by the US’ Johns Hopkins University.