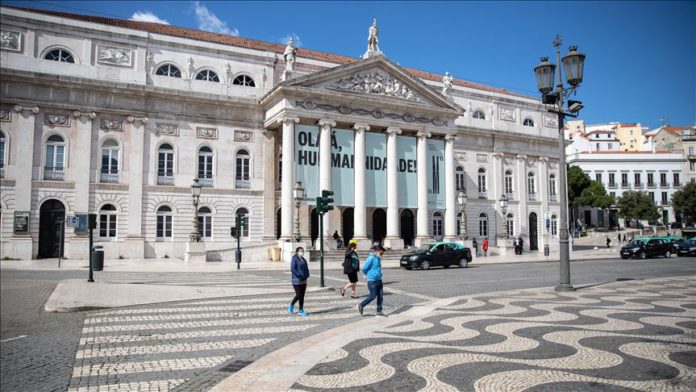 Five municipalities in Portugal’s capital region imposed new restrictions on residents on Tuesday to stop the spread of the coronavirus.

People in Lisbon, Sintra, Azambuja, Loures, and Seixal will now only be allowed to gather in groups of up to 10 people.

All shops, with the exception of restaurants, will also have to close by 8 p.m. (1900GMT) until further notice.

Portugal was hailed for its early and effective response to COVID-19 this spring, as it managed to avoid a devastating peak like the one seen in neighboring Spain.

The country, however, has witnessed an uptick in infections in recent weeks, with around 70% to 80% of the cases occurring in the Lisbon region.

On Monday alone, 259 new cases and four more deaths were confirmed across Portugal.

In total, 1,534 people have lost their lives to the virus and nearly 40,000 have been infected in the country, according to the Ministry of Health.

Authorities have found parties to be at the heart of some of the biggest recent outbreaks, despite a nationwide ban on gatherings of more than 20 people.

In Algarve, 90 people were infected after attending an illegal party that lasted just a few hours before the police came.

Over the weekend, a party with more than 1,000 people was also broken up in Cascais, Lisbon.

“We cannot allow the irresponsibility of a few to invalidate all the effort and sacrifice of all the Portuguese people,” Prime Minister António Costa said at a press conference on Monday.

He said police presence would be increased in the five municipalities and officials would be especially vigilant for drinking on the streets and illegal parties.