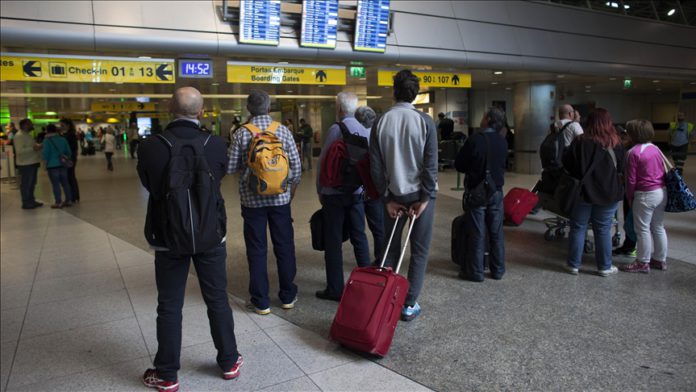 In mid-March, Ihor Homenyuk, a 40-year-old Ukrainian man, was allegedly beaten to death in an airport detention center run by Portugal’s Immigration and Border Services.

Three immigration officers have been charged with his murder.

Prosecutors say the officers handcuffed Homenyuk and tied his legs after he became agitated and officers later punched, kicked and hit him with an expandable baton repeatedly.

The emergency services were eventually called in, and Homenyuk was pronounced dead on arrival.

Homenyuk did not have a valid visa to enter Portugal and prosecutors say he refused to board a flight out of the country.

Portuguese media reported that Homenyuk left behind two daughters and his wife, but the Portuguese government did not contact them for months.

The Portuguese Interior Ministry confirmed Gatões’ resignation in a statement, adding the government is changing “how public services take on immigration, adopting a more human and less bureaucratic approach.”

Further reports have emerged of police brutality at Lisbon Airport.

“I saw several people come out of a particular room bruised, destroyed and crippled. Some even had to use a wheelchair. I saw many things similar to what happened to the Ukrainian. They also beat people in the bathroom, where there aren’t any cameras,” he told the paper.

On the heels of those statements, el Diario de Noticias reported that Portuguese Interior Minister Eduardo Cabrita has asked authorities to open a fresh probe into the claims.

“We need to change the culture of the employees who engage in this type of abuse. And above all, we need to make sure that if this happens, they don’t try to cover it up, which is what the internal structure of the Immigration and Border Services tried to do.”

ANALYSIS – Why do Muslims oppose citizenship engineering in India?