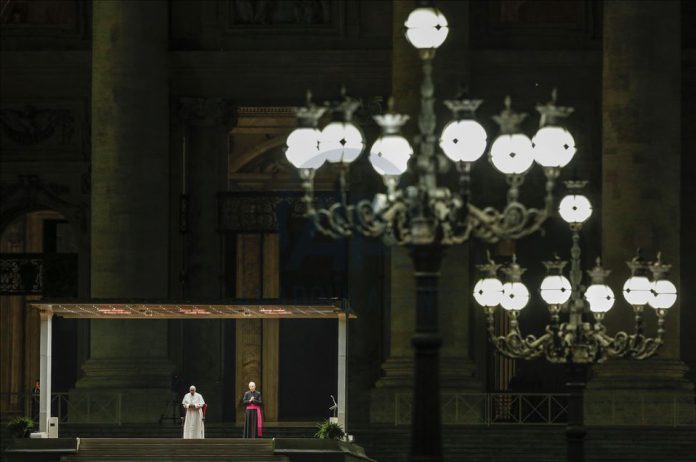 Pope Francis presided over a traditional ceremony at a near-empty Saint Peter’s Square on Good Friday as Italy struggles to get a hand on the coronavirus pandemic, according to local media Friday.

The ceremony, normally held at the Colosseum, was moved to a deserted Saint Peter’s Square because the virus killed 570 additional patients in the last 24 hours, raising the death toll there to 18,849.

“With the path marked out by burning torches on the ground, the black Cross was carried around the obelisk at the centre of the Square, before coming to the door of the Basilica,” said Vatican City’s national broadcaster, Vatican News.

During the march, the cross was escorted by five prison inmates from northern Padua which has been hard-hit by the pandemic, and five health care workers at the Vatican.

At the end of the ceremony, the pope “gave his papal blessing to all those following the Via Crucis, wherever they might be throughout the world,” Vatican News reported.

Good Friday marks the crucifixion of Jesus, according to Christian belief.

After originating in China in December, the virus has spread to at least 185 countries and regions with its epicenter shifting to Europe.

The pandemic has killed more than 102,500, and infected an excess of 1.69 million, while nearly 375,000 patients have recovered, according to figures compiled by the U.S.-based Johns Hopkins University. 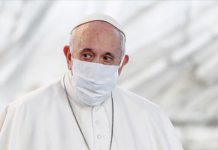 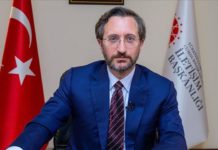