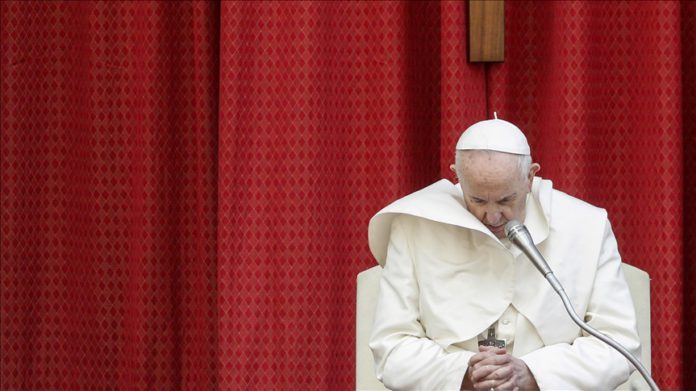 Pope Francis “reacted well” to planned surgery for a symptomatic diverticular stenosis of the colon, according to the Vatican spokesman Sunday.

The 84-year-old pope was admitted to the A. Gemelli Polyclinic, a Catholic teaching hospital, in Rome in the afternoon and underwent the scheduled surgical operation for a “diverticular stenosis of the sigma” conducted under general anesthesia in the evening, said a statement issued by Matteo Bruni, director of the Holy See’s press office.

The Vatican did not provide any further information on the operation or how long the pope would stay in the hospital.

A diverticulum is a pouch-like protrusion through the muscular wall of the intestine.

This was Francis’ first known hospitalization since his election to the papacy in 2013.

The “get well soon” messages came from several leaders soon after news of his hospitalization was made public.

*Writing and contribution by Jeyhun Aliyev from Ankara