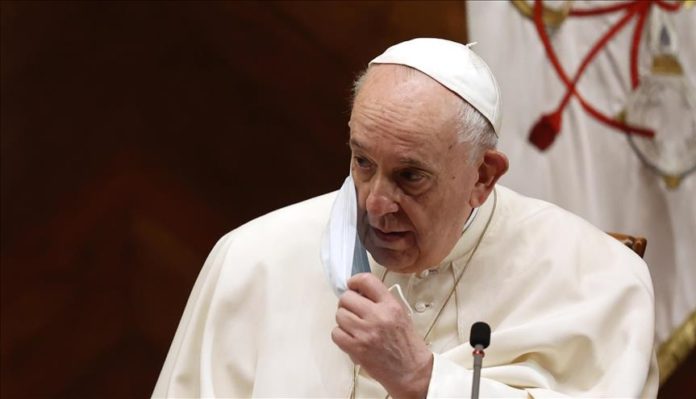 Ukrainians “deserve peace,” Pope Francis pleaded in special prayers Wednesday as the threat of war with Russia continued to loom over the former Soviet republic.

“I ask you to pray for peace in Ukraine, and to do it often throughout this day,” Francis said at the end of his weekly audience.

The leader of the world’s 1.3 billion Catholics on Sunday announced an international day of prayers for peace on Feb. 26, with an eye in particular to the crisis unfolding in Ukraine.

He added: “May the prayers and cries that today are rising up to the sky reach the hearts and minds of those who are responsible on earth, so that they make dialogue prevail and the good of all is placed before partisan interests.”

Turkey: Sectoral confidence up in December