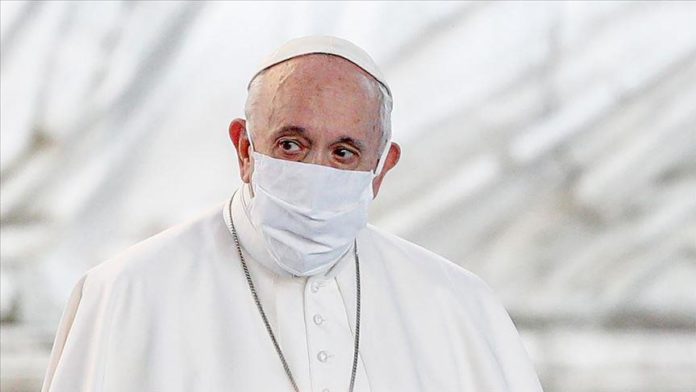 The meeting came as part of the pontiff’s current visit to Iraq, which started on Friday.

According to an Anadolu Agency reporter, the meeting, which took place at Sistani’s office in Najaf, focused on peaceful coexistence between different religious groups in Iraq. The meeting continued for 50 minutes, with no media presence.

According to statements by both offices of Pope Francis and Sistani, the meeting took months in preparations.

After Najaf, Francis is expected to depart for the southern province of Dhi Qar, where he will hold an inter-religious meeting on the Plain of Ur, considered the birthplace of Prophet Abraham.

Pope Francis arrived in Baghdad where he was received by Iraqi Prime Minister Mustafa al-Kadhimi, and then met with President Barham Saleh as well as other government and religious Iraqi figures.

On his schedule, the pontiff will also travel to Erbil, northern Iraq, where he will meet with Kurdish Regional Government’s Prime Minister Masrour Barzani.