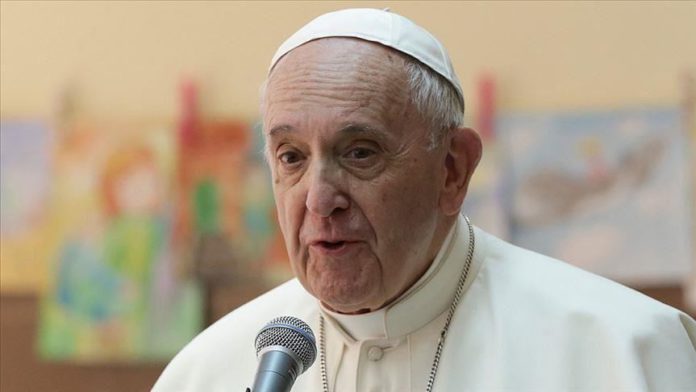 Pope Francis on Friday called for a joint commitment towards a better future through multilateralism, global responsibility, collaboration among states and inclusion of the poor.

In his speech to the 75th session of the UN General Assembly, the pope stressed that the world is facing unprecedented challenges stemming from the deadly coronavirus pandemic, which “has exposed our human fragility and has called into question our economic, health and social systems.”

“We never emerge from a crisis just as we were. We come out either better or worse,” Pope Francis said.

The pontiff also noted that the pandemic has brought to the fore the need to realize the right of every person to basic health care, showing that solidarity cannot be “an empty word or promise.”

The pope proposed “a change of direction” that involves a more robust ethical framework capable of overcoming “today’s widespread and quietly growing culture of waste.”

He also called for a change in the dominant economic paradigm which aims only to expand profit. At the same time, he urged businesses to make offering jobs to more people one of their main objectives.

The pope denounced the many violations of fundamental human rights that “offer us a frightening picture of humanity abused, wounded, deprived of dignity, freedom, and hope for the future.”

He condemned as “intolerable, yet intentionally ignored by many”, the instances of religious persecution, humanitarian crises, the use of weapons of mass destruction, internal displacement, human trafficking and forced labor, and the “great numbers of people being forced to leave their homes.”

He then appealed to the international community to ensure that institutions are truly effective in the struggle against these challenges and reiterated the Vatican’s commitment to playing its part to help the situation.

The pope specifically highlighted the devastating effects of the COVID-19 crisis on children, including unaccompanied migrants and refugees, pointing out that instances of child abuse and violence have seen an increase.

He also spoke in favor of women’s rights, pointing out that at every level of society, women now play a key role and offer their contribution towards the promotion of the common good.

He also added that the present crisis has demonstrated “the limits of our self-sufficiency as well as our common vulnerability.”

It has also shown that “we cannot live without one another, or worse still, pitted against one another.”

Francis emphasized that the UN was established to bring nations together and it should be used to “transform the challenge that lies before us into an opportunity to build together, once more, the future we all desire.”