TurkishPress
Home News Poorer nations to get vaccines in 1st half of 2021: UN 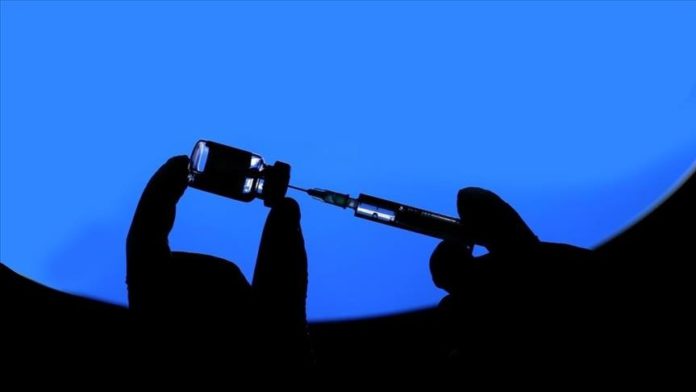 While some wealthy nations have already started COVID-19 vaccination jabs, poorer countries will only get theirs in the first half of next year, the World Health Organization’s chief said Friday.

WHO Director-General Tedros Ghebreyesus spoke at an online global gathering to promote an initiative to deliver 1.3 billion doses of approved vaccines next year to 92 eligible low- and middle-income economies.

Both the UK and the US have started giving jabs of the Pfizer vaccine and the US looks set to approve the Moderna vaccine.

The WHO said that the COVAX facility, formed to enable equitable access to COVID-19 vaccines worldwide, is expected to begin delivery in the first half of next year, without naming specific countries.

“These unprecedented agreements mean that all 190 countries and economies participating in COVAX will be able to access vaccines to protect vulnerable groups in their populations during the first half of next year,” he added.

“The arrival of vaccines is giving all of us a glimpse of the light at the end of the tunnel,” said Tedros.

“But we will only truly end the pandemic if we end it everywhere at the same time, which means it’s essential to vaccinate some people in all countries, rather than all people in some countries.

“For most of the past year, we have been talking to world leaders and vaccine developers to ensure that once vaccines were available, they were available equitably to all countries,” said Tedros.

The COVAX facilities continue talks with major pharmaceutical companies to enlist them into the program.

The agreement includes signing an advance purchase agreement with Anglo-Swedish company AstraZeneca for 170 million doses of its AstraZeneca/Oxford candidate.

It also includes a memorandum of understanding with Johnson & Johnson for 500 million doses of the Janssen candidate, currently being investigated as a single-dose vaccine.

Other deals include one with the Serum Institute of India (SII) for 200 million doses – with options for up to 900 million doses more – of either the AstraZeneca/Oxford or Novavax candidates.

Richard Hatchett from The Coalition for Epidemic Preparedness Innovations (CEPI) said it held discussions with US pharma company Pfizer and German biotech firm BioNTech and US drug-maker Moderna, to seek an agreement on distribution.