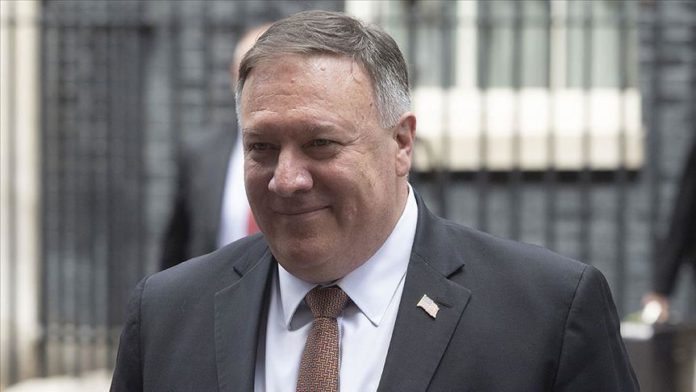 With the US secretary of state due to visit Turkey to only meet with Patriarch Bartholomew I, the Istanbul-based leader of many of the world’s Orthodox Christians, experts say the top US diplomat’s move is “against diplomatic practices”.

Mike Pompeo will embark on a seven-nation tour to France, Turkey, Georgia, Israel, Qatar, the United Arab Emirates, and Saudi Arabia on Nov. 13-23.

As Pompeo’s last official visit to Turkey was in 2018, the State Department said he would not pay an official to Ankara and only meet with Bartholomew in Istanbul to discuss “religious issues in Turkey”.

In response to a US statement on Pompeo’s visit, Turkish Foreign Ministry spokesman Hami Aksoy noted the country’s progress in the field of religious freedoms over the past 20 years and suggested the US should “focus instead primarily on increasing the cooperation between our countries regarding regional and global matters.”

Commenting on the matter, Tarik Oguzlu, an international relations professor at Antalya Bilim University, said foreign policy line and approach during US President Donald Trump’s term is not essentially gratifying for Turkey.

“If we assume that Pompeo is one of the most loyal enforcers of the US foreign policy, that is not very much in the interest of Turkey, then we can say that the resulting attitude against Turkey due to the visit is an unpleasant development,” Oguzlu told Anadolu Agency.

Noting that Pompeo will pay a visit to the capital of other six-nations, Oguzlu said the US official’s meeting with the Orthodox Patriarch but not with Turkish officials may be a sign of dissatisfaction about Turkey.

“It could also be translated as an expression of dissatisfaction by the US against Turkey’s foreign policy. However, this behavior is not classy and polite at all, it is not courteous and it is against diplomatic practices,” he noted.

Oguzlu further said Turkey is also discomforted by the US position in the Eastern Mediterranean and added that he does not think Turkish officials are also looking forward to Pompeo’s visit.

Additionally, Mesut Hakki Casin, a professor of law at Yeditepe University in Istanbul, told Anadolu Agency that when considering the cooperation between leaders of Turkey and the US, Pompeo’s move “harms Turkish-American relations”.

“I believe that Pompeo’s behavior is a personal one. I do not think the American state would make such a decision directly,” Casin said, and recalled Pompeo’s discriminatory remarks against Turkish President Recep Tayyip Erdogan before assuming position.

Stressing that the incident is not in-line with diplomatic courtesy rules, Casin said Turkey would welcome Pompeo as a hosting country but he will be treated in the same amount of respect under reciprocity.

“Putting the matter of religion into discussion harms Turkish-American relations, friendship [of the two countries], and NATO relations. As an academic, I regret it,” he added.