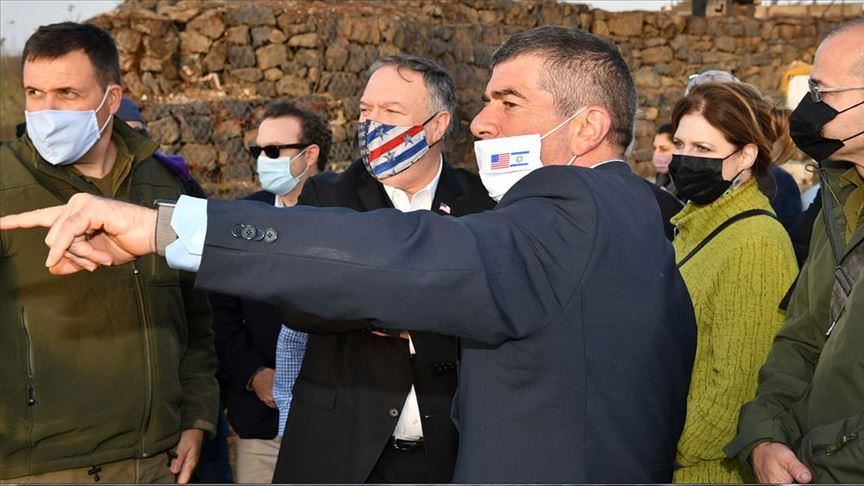 US Secretary of State Mike Pompeo on Thursday became the first top American official to visit an Israeli settlement in the occupied West Bank.

Pompeo visited Psagot, which is built on Palestinian land near the cities of Ramallah and Al-Bireh.

“Enjoyed lunch at the scenic Psagot…The US stands with Israel and will not tolerate any form of delegitimization,” he wrote on Twitter.

He later paid a similar visit to the occupied Golan Heights, which Israel captured from Syria n 1967.

Pompeo reiterated that the US does not consider Israeli settlements illegal, confirming his November 2019 stance when he said they did not violate international law.