TurkishPress
Home News Pompeo to Iraq leadership: US will defend its people 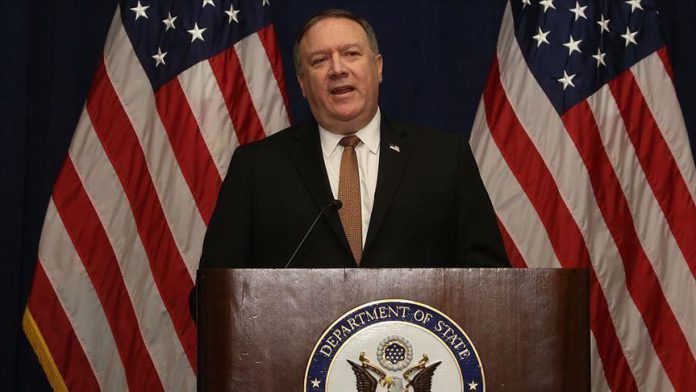 Washington will defend its people in the wake of protests at the U.S. Embassy compound in Baghdad, America’s. top diplomat told Iraqi leadership Tuesday.

Secretary of State Mike Pompeo “made clear” the U.S. “will protect and defend its people, who are there to support a sovereign and independent Iraq,” in separate telephone calls with Iraqi Prime Minister Adil Abdul-Mahdi and President Barham Salih, said State Department spokeswoman Morgan Ortagus in a statement.

“Both Abdul-Mahdi and Salih assured the Secretary that they took seriously their responsibility for and would guarantee the safety and security of U.S. personnel and property,” she

Read more: Pompeo to Iraq leadership: US will defend its people