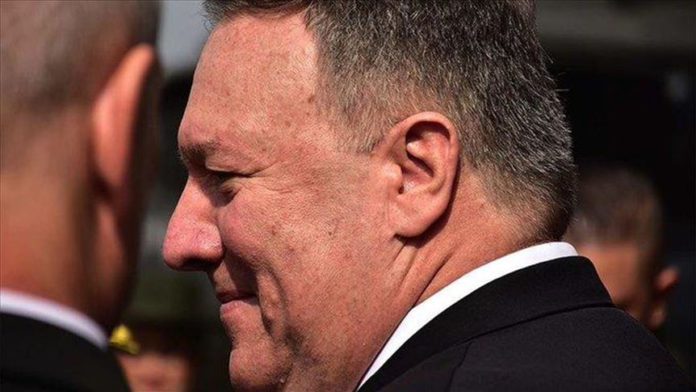 US Secretary of State Mike Pompeo on Wednesday began talks with Israeli Prime Minister Benjamin Netanyahu on the so-called “deal of the century.”

Speaking to reports ahead of the talks, Pompeo said he was looking forward to making a progress regarding the so-called peace plan.

He noted that talks will also tackle Iran and Israeli efforts to stem the spread of coronavirus as well.

Pompeo is scheduled to meet later with the leader of Blue and White party, Benny Gantz, who agreed with Netanyahu to form a unity government.

The US secretary of state arrived in Israel on Wednesday morning for a visit lasting for a few hours.

Notably, US Ambassador to Israel David Friedman was absent from Pompeo’s reception due to health problems, according to the Israeli Broadcast Authority.

The plan includes the establishment of a heavily fragmented Palestinian state connected by bridges and tunnels.

Hong Kong seeks over $3B to ease pandemic fallout