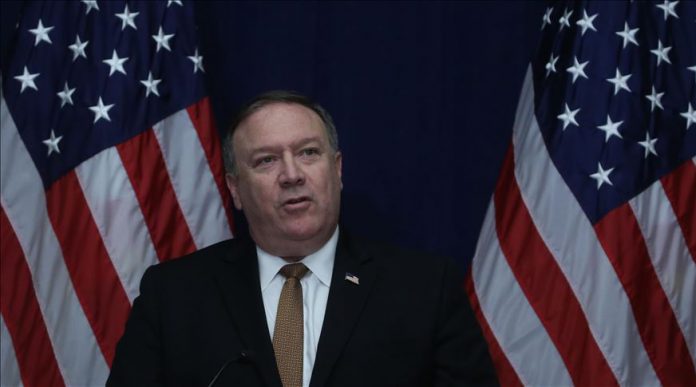 U.S. Secretary of State Mike Pompeo said Wednesday he hopes a recent exchange of detainees with Iran leads to a “broader discussion,” prior to announcing new sanctions on the Islamic Republic.

Pompeo told reporters at the State Department that Washington is working to “develop” the more comprehensive talks, stressing the Trump administration is “very focused on getting every” American detained in Iran back.

Those efforts, however, are likely to face even greater resistance after Pompeo announced new sanctions on an alleged weapons smuggling network working for the external operations branch of Iran’s Islamic Revolutionary Guards Corps, as well as