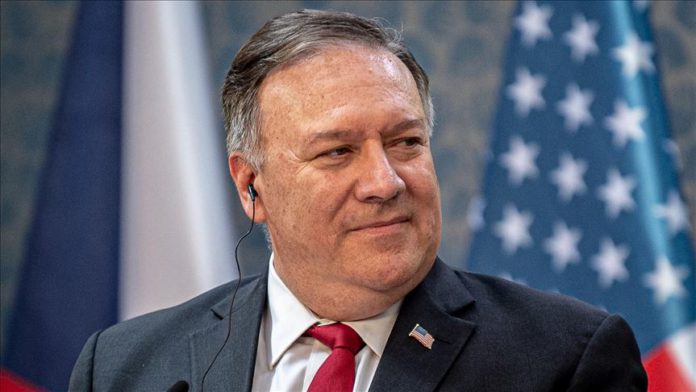 US Secretary of State Mike Pompeo flew from Israel to Sudan on Tuesday, in the first direct flight between Tel Aviv and Khartoum.

“Happy to announce that we are on the FIRST official NONSTOP flight from Israel to Sudan!” Pompeo said on Twitter.

In a statement, US State Department spokeswoman Morgan Ortagus said Pompeo will discuss with Sudanese Prime Minister Abdulla Hamdok and Chairman of the Transitional Military Council Abdel-Fattah al-Burhan “continued US support for a civilian-led transitional government and express support for strengthening the relationship between Sudan and Israel”.

According to the official Sudanese news agency SUNA, the normalization between Sudan and Israel will be on Pompeo’s agenda during the visit.

Sudan doesn’t have diplomatic relations with Israel.
Last March, Sudan allowed Israeli planes to fly over its airspace but did not allow planes coming from Israel to land on its soil.
*Bassel Barakat contributed to this report from Ankara