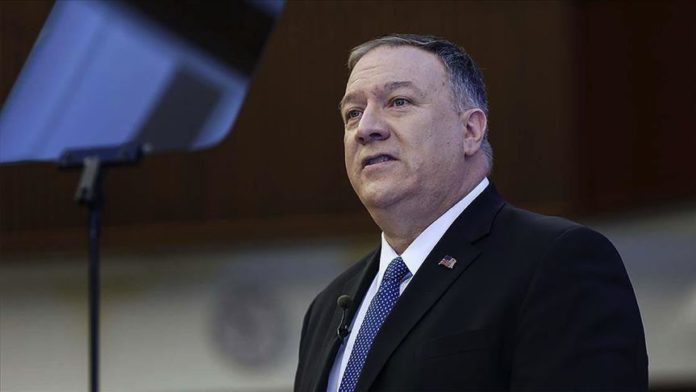 China is using a campaign of disinformation to split the US from Europe, Secretary of State Mike Pompeo charged Friday.

Addressing the Virtual Copenhagen Democracy Summit Pompeo accused the Chinese Communist Party of not just being a “rogue actor” in Asia, but said its actions have had negative impacts the world over. That includes seeking to instill a “fear in Europe” to choose between the US and China.

“It’s pushing disinformation and malicious cyber campaigns to undermine our governments to drive a wedge between the United States and Europe, and is saddling developing nations with debt and dependency,” the top diplomat charged.

“Everyone in this room knows that the Chinese Communist Party strong-arms nations to do business with Huawei, an arm of the CCP’s surveillance state. And it’s flagrantly attacking European sovereignty by buying up ports and critical infrastructure, Piraeus to Valencia,” he said, referring to ports in Greece and Spain. “We must take off the golden blinders of economic ties and see that the China challenge isn’t just at the gates; it’s in every capital, it’s in every borough, it’s in every province.”

The comments come as the world’s pre-eminent superpowers, the US and China, continue to be at loggerheads on a host of issues ranging from trade to human rights, the status of Hong Kong, and the coronavirus pandemic.

Washington accuses Beijing of orchestrating a cover-up of the outbreak after it was first detected in Wuhan in December.

Pompeo reiterated the accusation during his remarks to European leaders, saying China “lied about the coronavirus, and then let it spread to the rest of the world while pressuring the World Health Organization to assist in a coverup campaign.”