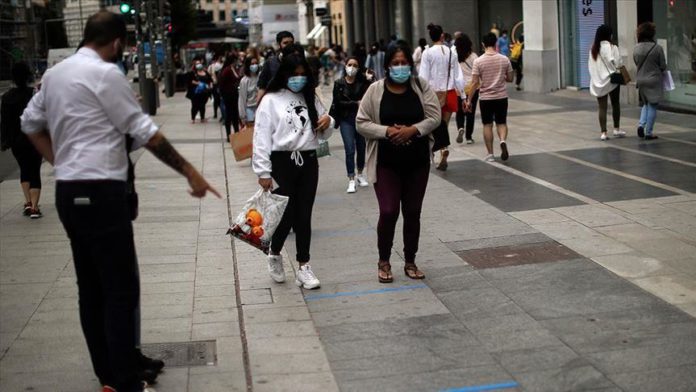 Madrid officials announced on Friday they will extend the selected confinement to eight more neighborhoods, despite the central government’s recommendation to confine Spain’s entire capital city.

In almost simultaneous news conferences, Spain’s national and regional Madrid politicians outlined their conflicting visions for what should happen in the country’s coronavirus epicenter.

Spanish Health Minister Salvador Illa said the entire city of Madrid should be encompassed in the confinement strategy that came into effect on Monday.

That includes restricting non-essential movement, closing parks and reducing the maximum capacity in places like restaurants and concert halls.

Even in confined areas, schools remain open, as do indoor bars in restaurants, although they have to close at 10 p.m.

Illa also recommended confining all other parts of the greater Madrid region that have reported more than 500 cases per 100,000 people in the last two weeks.

Yet, Madrid’s deputy health chief Antonio Zapatero said the stricter measures would only be extended to eight more areas of Madrid — those which have an incidence of over 1,000 cases per 100,000 people, meaning at least one infection in 100 people in the last 14 days.

“More than confining Madrid, our mission is to help people. The measures that we are taking are adequate,” tweeted Madrid President Isabel Ayuso.

This is the first time in the second wave that Spain’s central government has publicly diverged from Madrid officials.

On Monday, in a joint news conference with Ayuso, Spanish Prime Minister Pedro Sanchez said he supported the regional government and both parties agreed to work together.

Without the state of alarm, each of Spain’s 17 regional governments is in control of health policy.

The new measures to confine more areas will take effect Monday, although police will not be able to fine residents who break mobility restrictions until the Madrid High Court has ratified the order.

While Madrid is again the worst-hit area in Spain, several other Spanish towns and cities have also surpassed the infection rate of 500 per 100,000 people.

On Friday, the Health Ministry reported 12,272 more coronavirus infections, bringing the total to above 716,000. In just the last month, more than 300,000 new infections have been diagnosed.

Killer of Ethiopian general gets life in prison