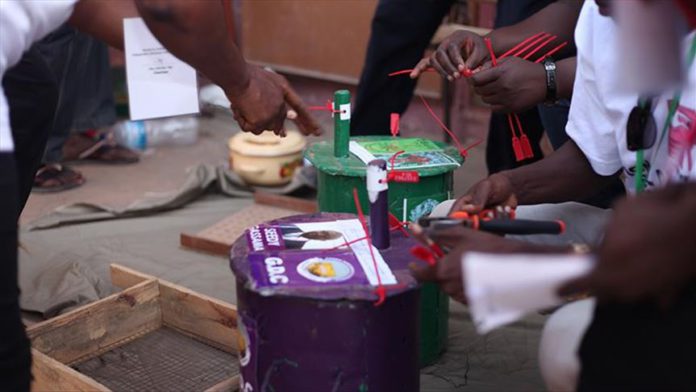 A controversy has erupted in the tiny West African country of Gambia, as election authorities have proposed to replace the unique voting system with paper ballots.

Introduced in 1960 to address high levels of illiteracy, voters in the country instead of stamping on ballot papers are given tokens (clear-glass marbles) to drop in separate drums (which serve as ballot boxes) meant for individual candidates identified with colors, party symbols, and photographs.

In December 2016, then Gambian President Yahya Jammeh had described this system as “fraud-proof.” But that was before elections. After the opposition candidate Adama Barrow defeated him, he rejected the outcome, sparking a constitutional crisis. He was forced to leave the Gambia, but not before military intervention. He lives in Equatorial Guinea since January 2017.

The Independent Electoral Commission (IEC)’s move, to replace the voting system has been met with mixed reactions, with several politicians and political commentators opposing the change.

Speaking to Anadolu Agency, Sidi Sanneh a popular Gambian blogger and a political commentator said the current system has served the country well.

“The marble, drum, and bell voting system obviates the need to be literate to participate in one of our most sacred civic duties as citizens – that is the right to vote – in a country where illiteracy rates are still unfortunately very high,” he said.

In the polling stations, the voters are issued a marble, which they drop into the drum of their choice, placed behind the polling booth. The marble, when dropped in the drum hits a bell whose sound indicates that a vote was cast. That is why it is called marble, drum, and bell voting system.

To prevent hearing other sounds, when the drum is sealed, the polling officials place sand or sawdust into its bottom. Also, on that day, bicycles are banned in the vicinity of polling booths.

Election authorities have their reasons to replace the system. According to IEC Spokesperson Joseph Colley, since 2017, the number of political parties has increased from 9-16, which means keeping more ballot drums in polling booths.

With 880,000 eligible registered voters and more than 1,400 polling stations, the logistics have become challenging for the IEC. Also due to recent reforms, where diaspora have been allowed to vote, it has become necessary to move to ballot papers.

Colley said the IEC had consulted representatives of all political parties to discuss the transition to ballot papers.

“At each polling station, if all political parties currently in the country contest, we will need to have 16 ballot drums. Moving the material will be a huge logistical challenge,” he said.

He said when political parties themselves use paper ballots to choose their leaders, it is time to change the system at a bigger scale as well.

Agreeing with Colley, Sait Matty Jaw, an academic said the current system is an operational challenge.

“Following the liberalization of the political environment, the current system does not only provide operational challenges but has the possibility of increasing the cost associated with organizing elections,” he said.

Almamy Taal, the spokesperson of the country’s major political grouping, the United Democratic Party (UDP), said this change needs to be supported. The Justice Ministry is preparing to move the proposed legislation to bring changes in the electoral system in the parliament soon.

But not all members of Taal’s party support the proposed changes. Sanna Jawara, a lawmaker of the UDP is one of the opponents of the change.

“The legitimacy of the outcome of an election result is priceless. The argument that this change will make it easier for the Gambian diaspora to vote, in my opinion, is lame and baseless,” he said.

Jawara represents a constituency called the Upper Fuladu West where the adult literacy rate is a mere 28%, according to recent data by the Gambia Bureau of Statistics.

And when in the country only half of the population can read and write, Jawara is concerned that ballot papers will disenfranchise a large number of voters.

Gambia’s Tourism Minister, Hamat Bah who is also the leader of the National Reconciliation Party (NRP), is also opposed to ballot papers. Bah, who is an ally of President Adama Barrow said the marbles voting system is reliable and above all a “unique cultural practice” akin to the Gambia.

“This [marbles voting system] is a unique cultural practice in this country. I want to say I am opposed to it as a party leader and minister of culture… We can improve this and not do away with it,” said Bah.

“You cannot do the changes in less than a year to the elections. Before you do the amendment and sensitization. It will take another six months and that is not sufficient time. The risk is too high. They should have done this three year ago and not now when we are going to elections. It is too dangerous, “he added.