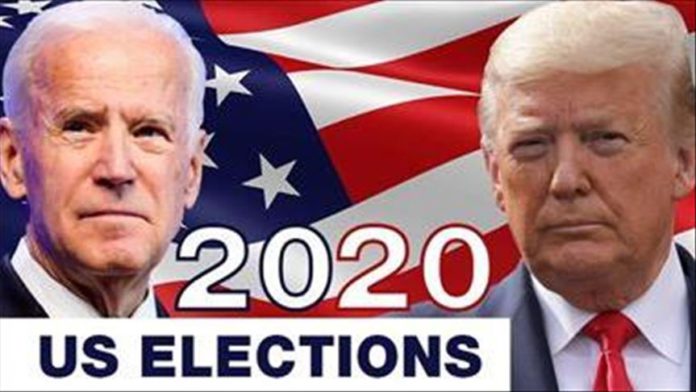 When America’s two major political parties sit down to plan strategy in their war to secure their candidates’ paths to the White House, there is an elephant sitting in the room – money.

Money fuels American elections from the lowliest city officials to the rarified heights of the Oval Office. And it is on the table again as Republicans and Democrats try to outspend each other on a wide array of vital campaign efforts ahead of the Nov. 3 presidential election.

Americans see presidential elections hundreds of millions of dollars, if not billions, of spent each cycle.

Money buys advertising on television, radio, newspapers and social media that Republicans and Democrats hope will win voters to their side.

Money pays for campaign rallies, buses to rallies, hotel, and – depending on how rich the donor is – filet mignon steaks or at the grassroots level, mundane egg salad sandwiches.

It buys hats and lapel buttons proudly worn by campaign volunteers and backers, posters for billboards and lawns, and a plethora of other merchandise to promote Joe Biden, the Democrat nominee, or Donald Trump, the Republican incumbent.

But the most salient point of money is to buy votes.

No other country pours money into elections like the US.

In fact, money is so all-consuming, it is generally acknowledged that immediately after the inauguration, fundraising begins for the next four-year presidential election cycle.

For decades, Voice of America (VOA) has been highly regarded as an unbiased source for news. It is the largest US international broadcaster, feeding news in more than 40 languages to an estimated weekly audience of 280 million.

VOA’s take on the Nov. 3 election spells out the constant need for more cash.

“Election observers say that the 2020 contest could prove to be the most expensive America has ever seen” it said in July.

During the 2016 campaign that saw Trump triumph against former Secretary of State Hillary Clinton, spending on the presidential campaign totaled a staggering $2.4 billion, VOA reported.

Every American can donate money, with an individual cap of $2,800. Once nominated, a presidential candidate will often join forces with their respective national committee to increase donations from individuals.

The largest source of fundraising are the ubiquitous Super PACS, not to be confused with PACs, which stands for Political Action Committees.

PACs date to the 1940s and are tightly controlled under campaign finance law. Individuals can donate up to $5,000 to PACS, while corporations and unions are barred from contributing to the influential organizations. Donations are scrutinized by the Federal Elections Commission (FEC).

Super PACs were birthed in 2010 when a US appeals court controversially ordered the removal of all caps on donations by individuals. The court viewed contributions as free speech that did not represent any serious danger of corruption.

Those donations are enormous and have led critics to charge that the wealthy now have an unfair advantage in deciding US elections because they could throw unlimited money at their preferred party or candidate.

During the 2020 election cycle they have spent more than $594 million in independent expenditures, according to the non-partisan Open Secrets website, which tracks political donations.

A few examples as reported by Open Secrets on total money raised for the 2020 election cycle, including legislative donations:

The money not only goes toward the presidential candidate of choice, but also influences races for the Senate and House of Representatives. Critics say the rich can now “buy” elections.

There are 593 registered Super PACs.

On the murkier side, Super PACs are technically barred from aligning activities with any specific candidate or campaign, but in the 2012 election, Obama and Romney had two Super PACs run by former aides. The FEC raised no objection.

And in this campaign, Trump is using his presidential pulpit to break new ground and unabashedly use the federal government for partisan purposes – that is, to get him re-elected.

Biden had been trailing Trump in fundraising, but in August that took a decided turn. Biden raised an unheard-of total for the month – $364.5 million, the largest in the history of a presidential election. NBC News gave some perspective on the feat – in August 2016, the combined fundraising total for Clinton and Trump was $233 million.

The internet plays a major role in funding – Biden said that $205 million of the August haul came from online donations.

Trump started the campaign with a war chest 10 times larger than Biden’s, but while the Democratic candidate has money to burn, the incumbent now faces a funding crunch. Trump claimed that is because he had to spend millions on ads to fight the idea that he mishandled the pandemic. By contrast, Biden has money in the bank to blitz the internet, television and newspaper advertisements. Biden plans to spend $280 million on ads in the home stretch, while Trump plans $200 million.

“Dark money” refers to funds that are targeted to influence elections where the source of the money is not disclosed.

“Non-profits and shell companies may give unlimited amounts of money to Super PACS,” reports Open Secret. “While Super PACS are legally required to disclose their donors, some of these groups are effectively dark money outlets when the bulk of their funding cannot be traced back to the original donor.”

These dark money organizations are responsible for about $1 billion in spending on ads and mailed materials to influence elections since the 2010 court ruling.

They are registered under a section of the US tax code as “social welfare” or “business league” organizations and do not, unlike Super PACs, have to disclose their donors, reports news website Vox.

Still, spending does not always equal victory, as Clinton found out in 2016 when she outspent Trump – who enjoyed unaccounted-for help from Russian sources – but lost the race for the White House.