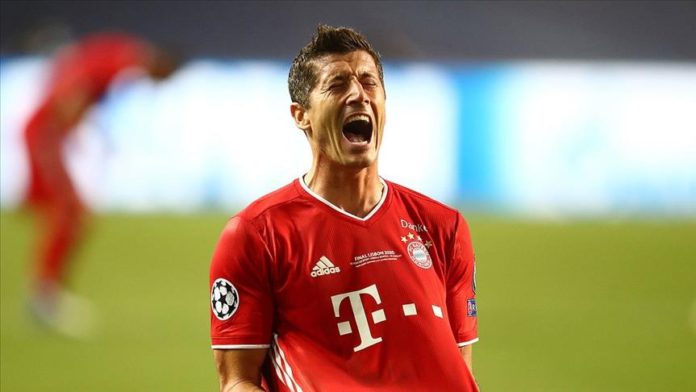 The Best FIFA Football Awards 2020 ceremony was virtually held in the FIFA Headquarters in Switzerland’s Zurich as the coronavirus pandemic continues.

The 32-year-old Polish international has been one of the integral parts of the German team, having contributed to Bayern’s 2020 success in local and international campaigns.

Bronze is also playing for the English national team.

FIFA commemorates legends who died in 2020

Separately during the ceremony, FIFA honored Argentine football legend Diego Armando Maradona, sharing a video including his goals for Argentina in the World Cups, especially his scenes during the 1986 FIFA World Cup that Argentina won.

A beloved Napoli player, Maradona died of heart failure last month at the age of 60 as the world has mourned his passing.

Rossi scored six goals for Italy in the 1982 World Cup, making him the tournament’s top scorer.

The FIFA Puskas Award (the most beautiful goal): Son Heung-min (Tottenham Hotspur) for his goal against Burnley in the English Premier League.

The FIFA Fair Play: Mattia Agnese (Ospedaletti Calcio) for saving life of his opponent during a match.

France, Germany, UK ask Iran to stick to nuclear accord