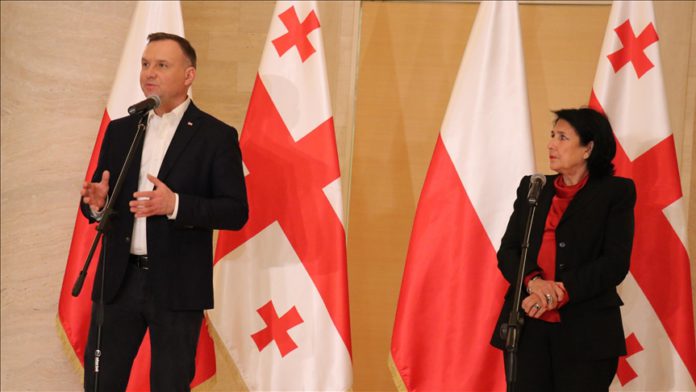 Poland’s president and his Georgian counterpart expressed solidarity Thursday with Ukraine amid its tensions with Russia.

Andrzej Duda, on his way to China’s capital Beijing, arrived in the Georgian capital Tbilisi and met with President Salome Zourabichvili.

“In this very tense situation, on behalf of Georgia, I would like to express our full solidarity with our friendly country,” said Zourabichvili.

For his part, President Duda mentioned his meetings with other world leaders on the issue, adding this is not just an issue that concerns Europe but the world.

“We express our solidarity (with Ukraine), and in general, all security related issues are very important to us,” he added.

Russia has reportedly amassed tens of thousands of troops near Ukraine’s border, prompting fears that the Kremlin could be planning another military offensive against its former Soviet republic.​​​​​​​