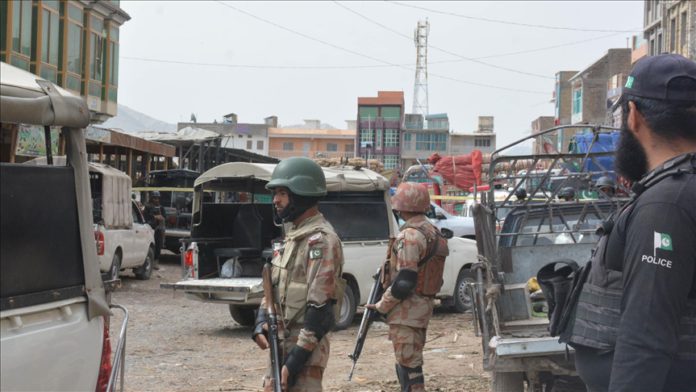 One policeman was killed and two passersby injured in a hand grenade attack on law enforcement patrol in Pakistan’s northwestern city of Peshawar on Friday, an official confirmed.

A team of local government officials and police were checking anti-COVID-19 standard operating procedures in the bustling Karkhano bazaar when a hand grenade was thrown at the police vehicle, resulting in an explosion, according to Bilal Faizi, a spokesman for Rescue 1122 emergency service.

He told Anadolu Agency that the wounded were shifted to the nearby Hayatabad Medical Complex.

Police and law enforcement authorities cordoned off the area, and launched a search operation. So far, no one has taken responsibility for the attack.

Peshawar, the provincial capital of Khyber Pakhtunkhwa province which borders Afghanistan, has seen a slew of Tehreek-e-Taliban Pakistan (TTP) attacks in the past, the most atrocious of which occurred in late 2014.

TTP militants killed over 140 people, mostly children, in a gun-and-bomb attack on the Army Public School on Dec. 16, 2014.