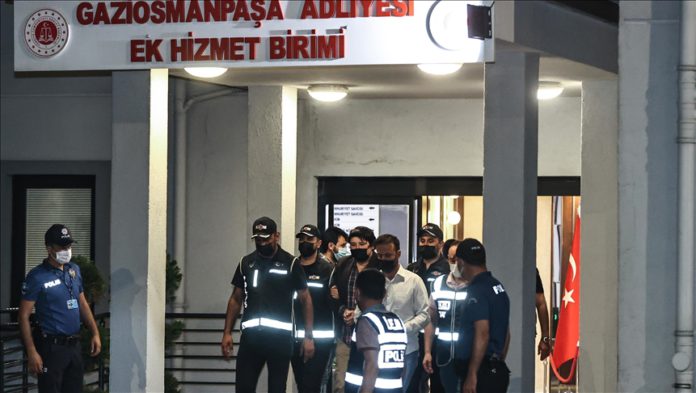 Istanbul police on Monday started to question the fugitive creator of an alleged online Ponzi scheme game who was brought back to Turkey over the weekend.

Interviews with Mehmet Aydin were done by a special Istanbul police team equipped with 60 pages of prepared questions.

Aydin, 29, had surrendered to the Turkish Consulate in Sao Paulo, Brazil and was arrested at the Istanbul Airport as soon as he landed on Saturday.

Aydin, nicknamed Tosuncuk, who was also sought by an Interpol red notice at Turkey’s request, is accused of various crimes, including founding a criminal organization and fraud and faces possible lengthy prison sentences.

Following four days of questioning, he will be brought before the Istanbul Anatolian Court.

Aydin faces charges in courts in Istanbul and Bursa on committing fraud by using information systems, banks, or credit institutions.

After Aydin founded Farm Bank – “Ciftlik Bank” in Turkish – inspired by the FarmVille social media game in 2016, over 3,700 people were allegedly defrauded.

After complaints by thousands of users, a red notice was issued in March 2018, but Aydin disappeared and had been at large for the last two years.

After Aydin was spotted in Brazil, his extradition was requested from Brazil in June 2018. The request was repeated this February.

Soldier killed, more than 20 wounded in attacks on Colombian military...