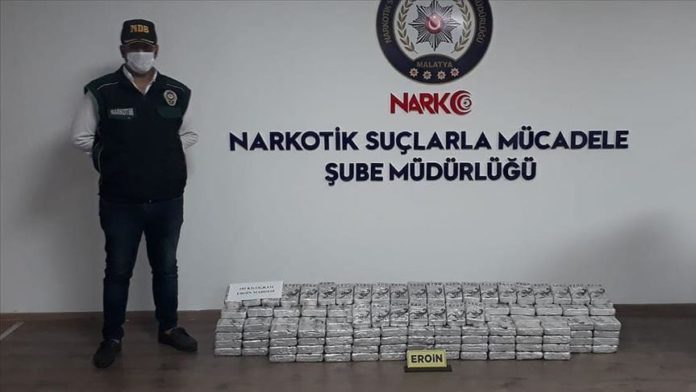 Turkish security forces seized a record 195 kilograms (429 pounds) of heroin in an anti-narcotics operation in the eastern province of Malatya, the local governorate said on Wednesday.

Anti-narcotics force found the illegal drugs when they stopped a truck at a checkpoint. During the search, assisted by a sniffer dog, 375 packs of heroin hidden in the trunk, were recovered.

Malatya governor Aydin Barus said that since the beginning of 2020, local police and gendarmerie forces have conducted 814 anti-drug operations, rounding up 1,258 suspects. As many as 170 of them are remanded in custody.

“Operations will continue without any letup. We will not let drug dealers poison our country’s future,” he said, adding that it was the largest amount of drugs seized in Malatya.