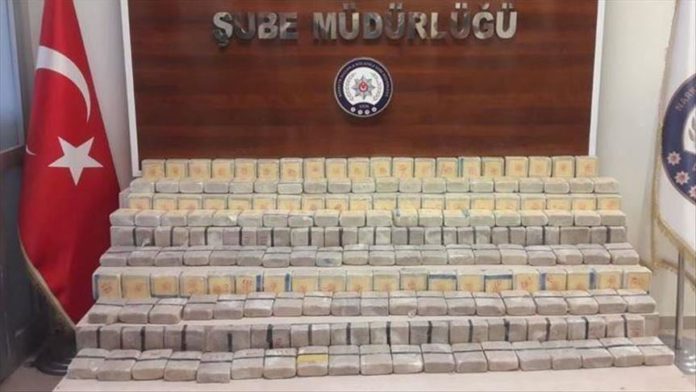 Turkish police seized over 82 kilograms (around 180 pounds) of heroin in the eastern Van province, according to provincial police department on Thursday.

Anti-narcotics teams raided the transfer center of a cargo company in Ipekyolu district, police said in a statement.

The drugs were found in a sniffer dog-supported operation in 249 packs hidden in anti-limescale packages, which, as police said, were used to prevent dogs smell the narcotics.

A suspect, identified only by the initials I.D., was arrested in the operation, the statement said.

Efforts against illicit drug trafficking, transport and storage in the area continue, it added.

The operation was named after Atakan Arslan, a police officer recently martyred in the southeastern province of Diyarbakir.

Stopping a car for routine controls, Arslan was shot by one of the car’s passengers and succumbed to his wounds in hospital.