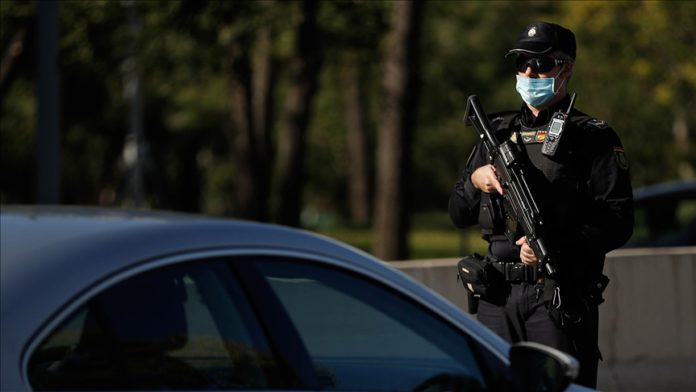 Local and national police are investigating Tuesday the violent assault on Lorca City Hall where protestors, opposed to a new bill on pig farms, broke through police barriers and stopped a vote.

The assault on the public building occurred Monday in the city of almost 100,000 people in the southern region of Murcia.

Politicians were set to vote on a motion to limit new or expanding pig farms from being built less than 1.5 kilometers (0.93 miles) from rural population centers, as well as certain distances from freshwater sources.

A group of around 500 people showed up to protest the vote and quickly pushed their way through the police barrier, overtaking the building and injuring police in scenes reminiscent of the 2021 Capitol Hill attack in Washington, D.C.

When police lost the ability to guarantee the safety of politicians and journalists inside the building, the vote was stopped and they fled through the building’s back door.

“It was a dark day, we lived through moments of extreme and unnecessary violence; violence that attacked the pillars of democracy,” Mayor Diego Jose Mateos Molina told Spanish broadcaster La Sexta on Tuesday.

The protest was fueled and applauded by some conservative and far-right politicians.

“Farmers explode in Lorca against the attacks of the Socialist Government. You can’t play with the livelihood and despair of thousands of families,” tweeted the local Popular Party group, although the national party distanced itself from the protest.

“This is the image of despair of people who are dominated by globalist politics, communists and the left,” tweeted Rodrigo Alonso, spokesman of the far-right party Vox in Andalusia.

After controversial statements about the consequences of mega-farms by the Spanish minister for consumer affairs, Spain’s right-wing parties are centering regional election campaigns around farmers, many of whom have seen their purchasing power slip in recent years.

“The attack was the result of a campaign of confusion, exaggeration and misinformation that was all mixed up with political statements from elsewhere in the country. It was a breeding ground for these consequences,” said Lorca’s Socialist mayor.

Even one of the protestors who was identified by the media blamed misinformation for what happened Monday.

“The environment was charged. Things were said. Misinformation sometimes makes you make incoherent decisions, and this was one of them,” dairy farmer Pedro Giner told broadcaster Cadena Ser.

Police continue to investigate the identities of protestors and will take statements from police officers at the scene later Tuesday.