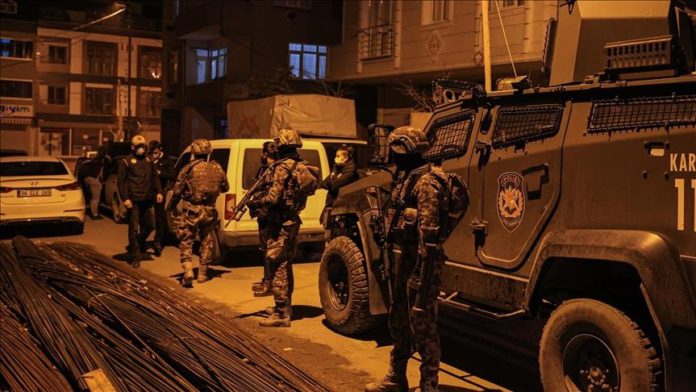 Anti-terror police simultaneously raided 22 addresses in 11 districts, said the sources, who asked not to be named due to restrictions on speaking to the media.