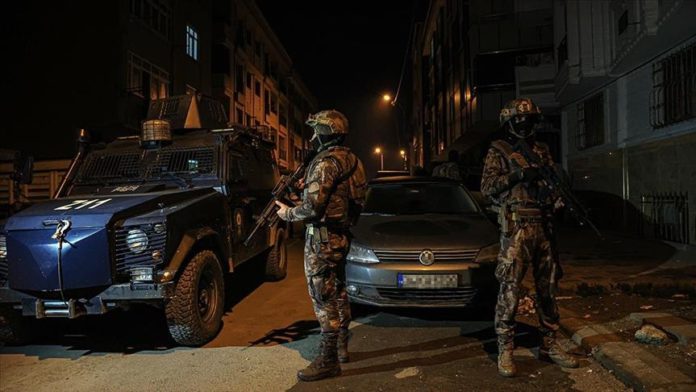 Anti-terror police launched an operation to prevent the activities of terrorist organizations, said the sources, who asked not to be named due to restrictions on speaking to the media.

Digital materials, two blank pistols, and 16 cartridges belonging to these pistols were seized during the operation, it added.