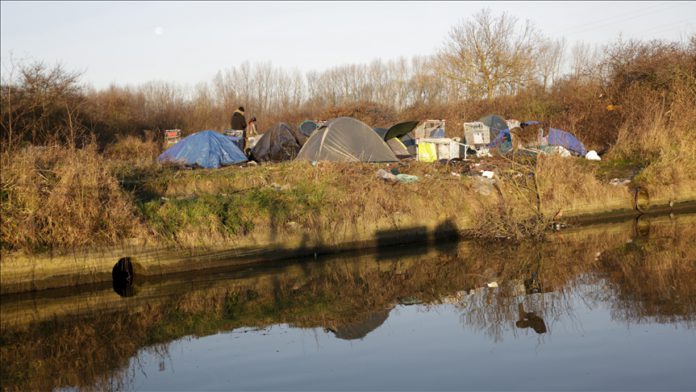 French police chased irregular migrants from their tents and used tear gas against them during an operation Monday on the outskirts of the northern city of Calais.

According to images posted by human rights observers on Twitter, they also confiscated around 30 tents and five awnings in the makeshift camp.

Police also assaulted rights activists who were filming the incident.

Previously, images of the Calais police and other officials cutting the tents of migrants were shared online, causing outrage among human rights activists.

At least 15 police officers were injured last week in an hour-long brawl with migrants in Calais as they attempted to clear an encampment and secure an area that is often an exit point for asylum seekers fleeing through the Channel Tunnel to the UK.

While one encampment was peacefully cleared near Calais Regional Hospital earlier that morning, 60 gendarmes and officers of the CRS — France’s special mobile French police force — found themselves attacked by a group of 100 migrants while they stood guard in the Turquerie Zone, a locale where migrants try to gain passage to the UK by jumping into trucks making the journey.

One bystander described the hour-long brawl as one of “incredible violence” and even “a scene of war” with many of the migrants hurling bags of stones and other heavy material at the officers. Police responded with fire from defense bullets and tear gas.

Some migrants were injured in the fighting, while a number of officers suffered wounds and one officer a broken leg, according to French news outlet France Bleu.

Pablo Escobar 'would have likely committed suicide instead of being captured...