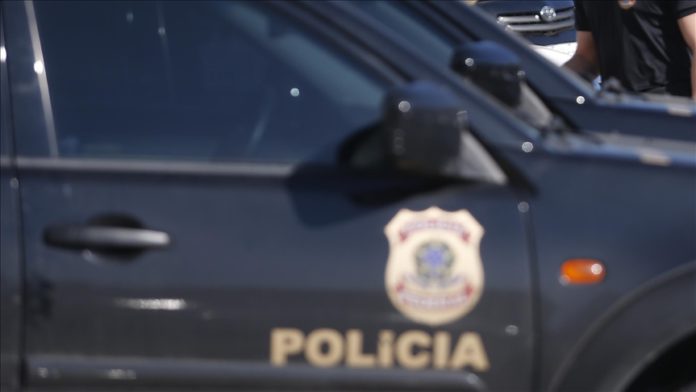 Public security officials and intelligence agencies in Brazil’s northern Pará state are on alert following a failed bank heist in the early hours of Wednesday in the city of Cametá, located 235 kilometers (146 miles) from the state capital Belém.

One person died after being held hostage by at least 10 heavily armed robbers, said Pará police.

According to Governor Helder Barbalho, however, the gang missed the safe and fled without taking any money. He advised neighboring cities and states about further actions.

“An operation like this requires a very large amount of money. As the gang wasn’t successful, the risk they seek new events is real.”

Speaking by phone to Anadolu Agency, Dieh Kleine Sacramento, press officer to Cametá Mayor Waldoli Valente, complained about the lack of security structure in the city but noted that usually Cametá is a quiet place.

“The city has always been known for being very peaceful. This kind of thing had never happened here before.”

Sacramento said he believes the choice to rob the bank there is related to the money flow in the city from açaí, a nutritious berry found on palm trees in Brazil’s amazon region.

“It’s also a city in which escaping is easy because there are ways out by surrounding rivers.”

According to the police, the robbers used cars and boats to escape.

Mayor Valente was not available to speak as he is undergoing health treatment in Belém.

The robbery at Banco do Brasil in Cametá took place in the wake of a very similar action in the early hours of Tuesday in the southern Brazilian city of Criciúma in Santa Catarina state. Like that heist, robbers in Cametá used local residents as human shields and attacked a Pará Military Police battalion in order to delay the arrival of officers at the bank. The gang used explosives and high-caliber weapons. One person was arrested for suspicion of providing logistical support.

This year alone, Pará has had two similar robberies, in January and April. According to Pará’s Public Security Department, practically everyone involved was arrested.

In Criciúma, about 30 hooded people participated in the nearly two-hour robbery, starting fires across the city, blocking access, shooting at a Military Police Battalion and using hostages as shields.

Both in Criciúma and Cametá, the targets were Banco do Brasil branches.