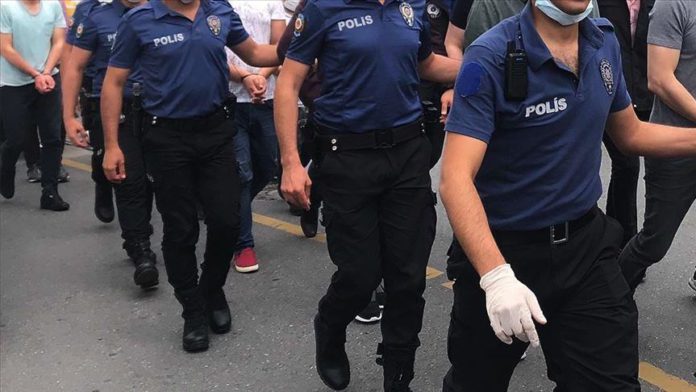 At least 77 suspects were arrested in Turkey for their alleged links to the Fetullah Terrorist Organization (FETO), the group behind the 2016 defeated coup in the country, officials said on Tuesday.

Prosecutors in the capital Ankara demanded the arrest of 20 FETO suspects, said the office in a statement.

With arrest warrants issued, police carried out simultaneous raids in five provinces in the early morning and arrested 19 suspects, the Office of the Chief Public Prosecutor said in a statement.

The operation continues to nab the remaining suspect.

Meanwhile, in the Aegean Izmir province, local police raided the houses occupied by the terror group as part of investigations carried out prosecutors of various provinces.

Separately, in the Black Sea province of Samsun, police arrested 33 FETO suspects and confiscated a large number of documents.

The police teams are searching for five more suspects.

'Pakistan to be playmaker with Turkey’s ship project'