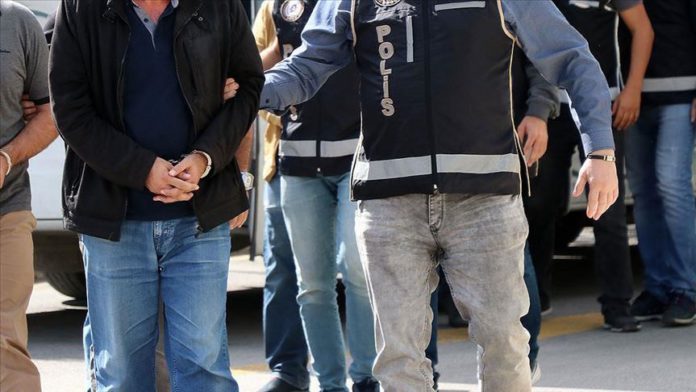 Turkish security forces arrested 33 people on Tuesday for their suspected links to the Fetullah Terrorist Organization (FETO), the group behind the 2016 defeated coup in Turkey.

In operations based in the northwestern Kocaeli province, police from the anti-smuggling and organized crime unit arrested seven suspects, including an expelled lieutenant and six former military school students.

The arrests came during simultaneous operations also in Istanbul and Bursa after Kocaeli prosecutors issued arrest warrants for nine suspects as part of an investigation into FETO’s infiltration into the Gendarmerie General Command.

Hunt for the remaining seven suspects in total is underway.

Meanwhile, 22 more FETO suspects were arrested in simultaneous operations across 14 provinces from Samsun on the Black Sea coast to southern Adana and Balikesir in the Marmara region.

The arrests were made as part of an investigation launched by prosecutors in the northwestern Tekirdag province into the organization of FETO among guardians in prisons. The suspects were found to have contacted with some 500 guardians via sequential phone calls. Police are searching for two more suspects.

No need to revise Bosnian peace accord: Lavrov