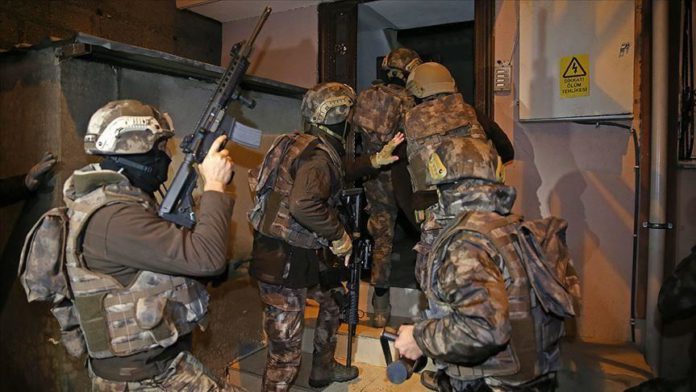 Turkish police arrested 18 people in the capital Ankara over their suspected links to the terror group Daesh/ISIS, security sources said on Monday.

Police arrested suspects, all are foreign nationals, in simultaneous anti-terror operations across the city, said the source, who asked not to be named due to restrictions on speaking to the media.

The police continue the search for two other suspects, it added.

March 3, 2021
We use cookies to ensure that we give you the best experience on our website. If you continue to use this site we will assume that you are happy with it.Ok