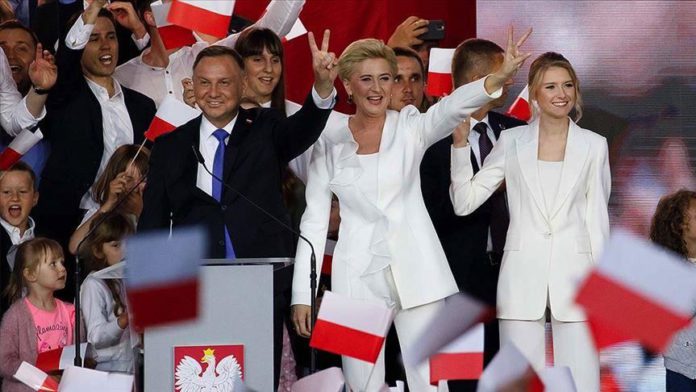 Poland’s incumbent President Andrzej Duda has won the presidential elections with a narrow margin, securing another five-year in office, according to official results announced on Monday.

Duda, aligned with the ruling Law and Justice (PiS) party, bagged 51.2% of the votes, while Rafal Trzaskowski from the main opposition center-right Civic Platform party secured 48.7%, the National Electoral Commission (PKW) announced with 99.97% of the votes counted.

The voter turnout for Sunday’s election was recorded at 68.9%, highest in any national election since the first freely held elections in 1989.

Voters in Poland headed to the polls on Sunday for the second round of the presidential elections as no candidate secured more than 50% of the votes in the first round held on June 28.